In the fifth round, however, Lopez blasted Edis Tatli with a body shot that brought an abrupt end to their scheduled 12-round lightweight fight at Madison Square Garden. The fast-rising, 21-year-old Lopez’s punch left the huge underdog unable to continue on the Terence Crawford-Amir Khan undercard.

Finland’s Tatli went down to his gloves and knees once Lopez’s punch landed to the exposed left side of his body. Referee Ron Lipton counted to 10 before a temporarily immobilized Tatli could even attempt to get up. 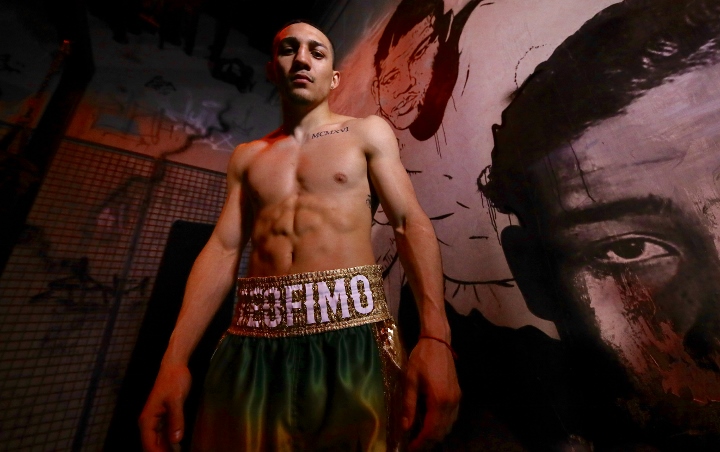 The official time of the stoppage was 1:32 of the fifth round. The 31-year-old Tatli lost by knockout for the first time in his career and slipped to 31-3 (10 KOs).

“This wasn’t the best camp we had, but we still came out victorious,” said Lopez, who improved to 13-0 and recorded his 11th knockout.

When ESPN’s Bernardo Osuna asked Lopez in the ring why his training camp for this fight wasn’t ideal, Lopez replied, “I’d rather not say. We’ll just go back to the drawing board.”

Lopez spends three rounds mostly missing Tatli, but he finally started landing hard right hands in the fourth round. A right to the side of Tatli’s head moved Tatli into the ropes and made Lopez unload on him.

When the bell sounded to end the fourth round, Tatli awkwardly embraced Lopez as they headed toward their corners.

Tatli landed a right-left combination toward the end of the third round. Lopez quickly came back to land a right and a left to Tatli’s body.

Tatli protected himself well again during the second round. Lopez let his hands go over the final minute of the second round, but he didn’t hurt Tatli with any of his punches.

Lopez caught Tatli with a left to the body around the halfway point of the first round. Tatli mostly did a solid job of slipping Lopez’s punches in that first round, though.

When Loma fought Walters the later was undefeated world champion, beat **** out of Donare and Darchniyan and was considered top 15 P4P. Some dudes here saying Loma beat “exposed” Walters. Now imagine what they would say when Loma beats…

[QUOTE=SugarRaRobinson;19678778]I honestly stopped reading at the part I highlighted, because it’s alway a race war with ur pathetic azz. Find me ANY old post that suggests I’m a Charlo, Tank or Wilder fan please. But because I’m critical of Loma,…

[QUOTE=angkag;19679139]Yeah caught that too where he said a couple of things needed to get straightened out in camp for next time, something went wrong 'in the team' as he said - someone's fighting in camp. And he's getting married in…

[QUOTE=MulaKO;19679072]With all the noise he’s been making lately , I find it awkward he has not commented more than that I found he looked quite ordinary , maybe something wrong ??? Said at end of fight that this training camp…