Teddy Atlas Explains How He Botched Reconciliation With Mike Tyson

Several decades ago, veteran coach Teddy Atlas worked as an assistant to Hall of Fame trainer Cus D'Amato.

One of Atlas' duties included the training of D'Amato's teenage protégé Mike Tyson, who years later would become the most dominant heavyweight in the world.

Atlas and D'Amato parted ways in 1982, after Atlas had an altercation with a 15-year-old Tyson after Tyson had grabbed the buttocks of an 11-year-old female relative of Atlas. During the altercation, Atlas put a gun to Tyson's ear and told him to never touch his family again or he would kill him. 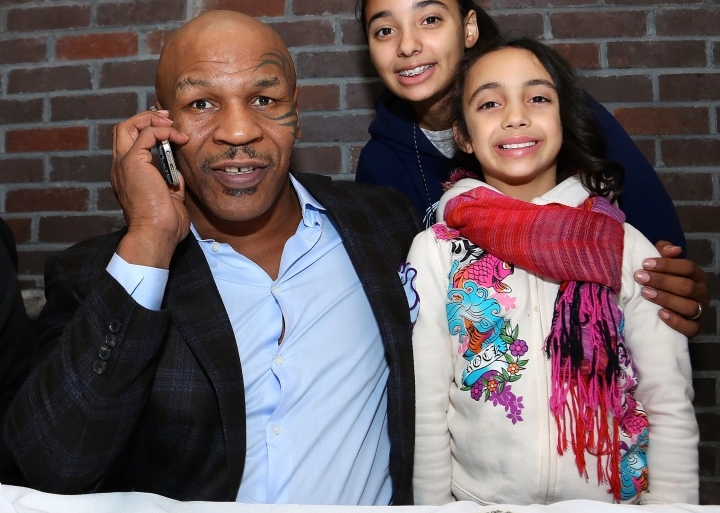 During a recent podcast, Atlas discussed how Tyson reached out, after 33-years, to bury the hatchet between the two.

However, Atlas believes that he screwed up their reconciliation by immediately asking Tyson to attend his charity foundation dinner, which is held yearly to raise money.

Atlas explains that his request was made in good faith, but Tyson likely felt that he was being used for monetary gain.

“I will tell you something I did wrong the next day after he apologized. He was waiting for me when I came down to check out in the lobby," Atlas said on his podcast.

“Mike came up to me and we were talking for a minute and as we were walking he was rubbing my back and it felt like he wanted to show his sincerity that he was telling you the truth and that it meant something. So we exchanged phone numbers and he asked me to call him. But here’s where I did something wrong.

“I remember calling him and instead of just saying, ‘Hi, what’s up’ - I called him to invite him to my charity foundation dinner, which means a lot to me. We need to have these celebrities to raise money for the charity. I regret it. Because it came off like, ‘Come to my dinner because you can help me make money’.

“He was like, ‘Well why don’t we talk first. Why don’t we meet up first' - and he was right. I think he thought that I was using him. I make no apologies for that because it was for the cause. But it doesn’t mean it feels right to that person after everything he had to go through to say what he said to me [after 33-years]. I understand what he felt and I don’t blame him."

[QUOTE=strykr619;20685729]Considering he did it because he didn't like that a 15 years old black boy had the hots for his 13 year old niece....[/QUOTE] Are you really THAT twisted that you think Atlas did it because he had a problem…

[QUOTE=Robi13;20676566]What kind of piece of sh.it human being think it’s ok to put a gun to a child’s head? Phuck teddy atlas![/QUOTE] Considering he did it because he didn't like that a 15 years old black boy had the hots…

[QUOTE=sidefx996;20683712]So apparently you didn't graduate high school... It's "YOU'RE" not "your" you illiterate moron. So all roads in your life have lead to making empty threats over the internet to someone over two thousand miles away. I'm sure YOUR (see…

[QUOTE=sidefx996;20683712]So apparently you didn't graduate high school... It's "YOU'RE" not "your" you illiterate moron. So all roads in your life have lead to making empty threats over the internet to someone over two thousand miles away. I'm sure YOUR (see…