Teddy Atlas Back Judges: They Got it Right, Harrison Beat Charlo!

The decision brought jeers from the Barclays Center crowd in Brooklyn.

Charlo was the aggressor throughout, but neither fighter landed any devastating blows and the judges gave the victory to Harrison by scores of 116-112, 115-113 and 115-113. 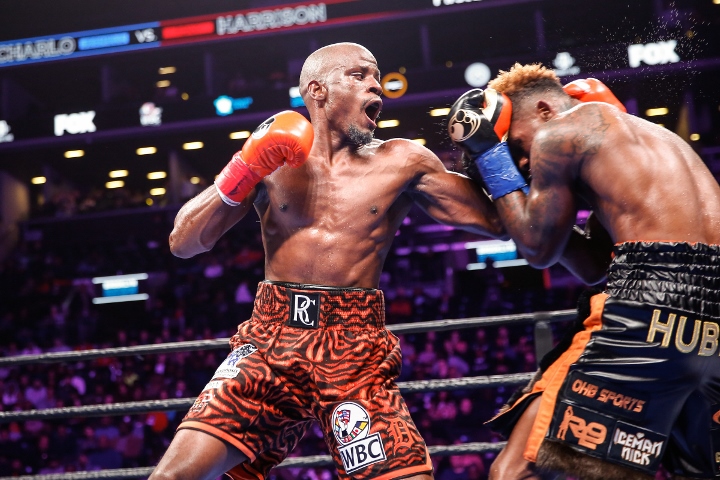 While Charlo is furious with the scores, the new champion, who improved to 28-2 with 21 wins inside the distance, insisted there should be no doubt about the outcome.

"I grinded. I grinded, I grinded and I grinded," Harrison said. "I showed championship composure. I didn't have to do much. I used my jab. I used my ring generalship. I kept him at bay."

Atlas agrees. He felt Harrison controlled the fight and landed the cleaner punches in the contest.

"Over the years I've used my podium at ESPN to knock the crap out of judges for being either incompetent or corrupt.... for chasing you guys away with bad decisions in a sport that you guys love and I love," Atlas said.

"I think I need to be consistent, I think I need to do the right thing right here. I need to go to the defense I think, of the judges who said that Tony Harrison beat Charlo the other night. I know it's not going to be favorable and its not going to be popular, but I think its the right thing, at least in my estimation, just like it was when I knocking them in the past for getting it wrong.

[QUOTE=Bronx2245;19390398]Happy Holidays to you & yours! Countdown to Pacquiao vs. Broner![/QUOTE]And to yourself and your loved ones. All the best for the coming year.:beerchug:

[QUOTE=Koba-Grozny;19390312]Ha. That wasn't the one I was disagreeing with, man. Matter of fact I didn't actually score it - watched both the Charlo fights in the a.m over breakfast and just got a rough feel for 'em. I was thinking…

Been a Charlo sisters critic. But no, Harrison didn't win. He was hardly throwing any punches for 12 effing rounds. One of the most boring fights I've seen. Atlas is wrong.