Ted Cheeseman will get the chance to add to his title collection early in the new year.

The new British super-welterweight champion claimed the vacant title in a gruelling 12-round showdown against Asinia Byfield at the Copper Box Arena in London, exclusively live on Sky Sports, back in October.

Cheeseman knocked down the former Southern Area champion in the fifth round in the capital and had been expected to be back in action before the end of the year. 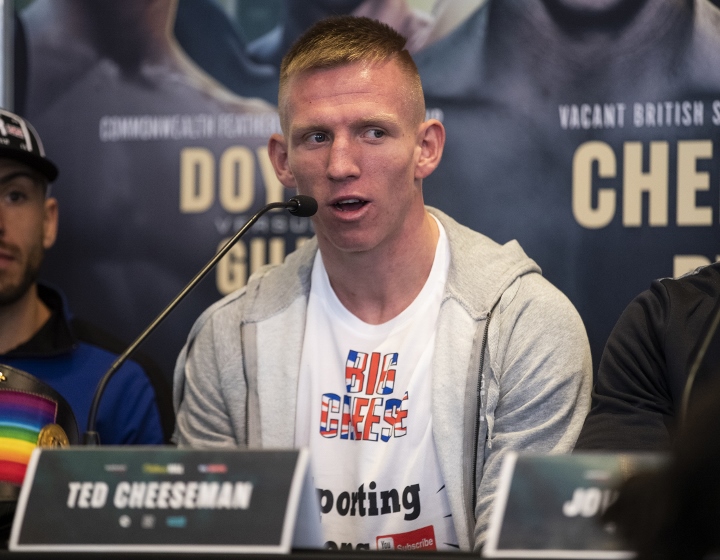 But after failing to overturn a 60-day medical suspension and not managing to land a spot on the same Sky Sports Box Office-aired bill as Dillian Whyte’s heavyweight rematch against Dereck Chisora, at the O2 Arena in London, there is light at the end of the tunnel for the 23-year-old.

Cheeseman will be back in action on February 2, 2019, at the O2 Arena in London.

He will challenge European super-welterweight champion Sergio Garcia for the title after terms were agreed with Sergio Martinez, the manager of 26-year-old Spaniard Garcia, for the fight to happen in the first quarter of the new year.

Eddie Hearn, Cheeseman’s promoter, then plans to put Cheeseman in with either Anthony Fowler or Scott Fitzgerald.

The two former Commonwealth Games gold medal winners will meet in the early part of the new year on a date and at a venue to be confirmed -- potentially for the vacant Commonwealth title at 154 pounds -- and the winner could face ‘The Big Cheese’ in a domestic unification.

Details regarding the February 2 date at the O2 Arena in London will be revealed in due course.

This is great news for TC. I just hope that he does't relinquish the British title & goes on to win the Lonsdale belt outright!

I'd like to see Cheeseman/Fowler should they both win their next fights. #SmellTheCheese

My boy Cheeseman about to make some noise :boxing:

I smell an upset coming