Paul Keegan, promoter for junior middleweight contender Dennis Hogan, is angered that WBO world champion Jaime Munguia took a pass on a rematch - and instead finalized a deal to face Patrick Allotey on September 14th in Los Angeles.

Back in April, on Mexican soil, Munguia survived a real scared when he struggled to win a close twelve round majority decision over Hogan in a mandatory fight.

There were many observers who saw Hogan as the winner. 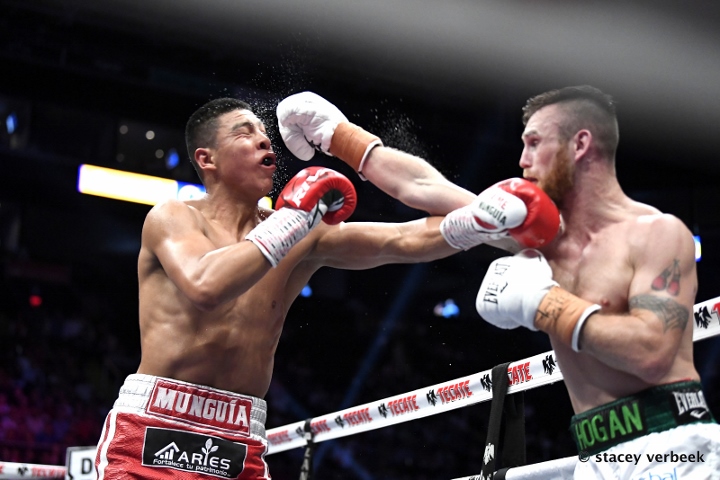 There was some talk of a rematch, with Munguia reportedly interested in setting the record straight on the first bout - but the negotiations never got off the ground.

There was talk of Munguia facing former world champion Jessie Vargas - but those discussions fell through.

Keegan believes an opponent like Allotey is a very big backward step for the Mexican champion.

“I think the fight he has picked or his team picked is a huge step backwards. You can understand that they want a fairly straight forward fight after Dennis beating him in his hometown,” Keegan told Irish-boxing.com.

“My respect for him and his team right now is zero , they just want us to go away and not talk about the fight ever again which I won’t do,” he adds before calling for Munguia and co to main up whilst pushing the proud Mexican button. They should be honest with the Mexican boxing fans and say ‘listen we got a gifted decision last time out’ instead of talking like he is the second coming of Canelo.”

Munguia Munguia Munguia ...my O my... you want to like him but he is making it sooo hard. Looks like his team is trying to help him stay afloat until they can ca$h out against Canelo.

Hogan should not be surprised at the cowardice, corruption and dishonour of Mexican and American "Fighters". It's what they do. You won that fight as everyone knows. Their talk of giving you a rematch was nothing but lies from the…

Hogan Def. Deserves the rematch! However we all saw what H did to munguia! A real scare if you ask me. PA is def. a step down but what did you expect? H did a number on the kid... so…

Hogan deserves a rematch or to fight for that to-be-vacated title. Munguia is a bum.