Josh Taylor is ready to take the next step on the path to crowning an undisputed junior welterweight king.

The reigning unbeaten, unified titlist returns to the ring this weekend, where he will face mandatory challenger Apinun Khongsong. Both boxers made weight for their ESPN+ headliner, which airs live from York Hall in Bethnal Green, London, England (Saturday, ESPN+, 2:30 p.m. ET). 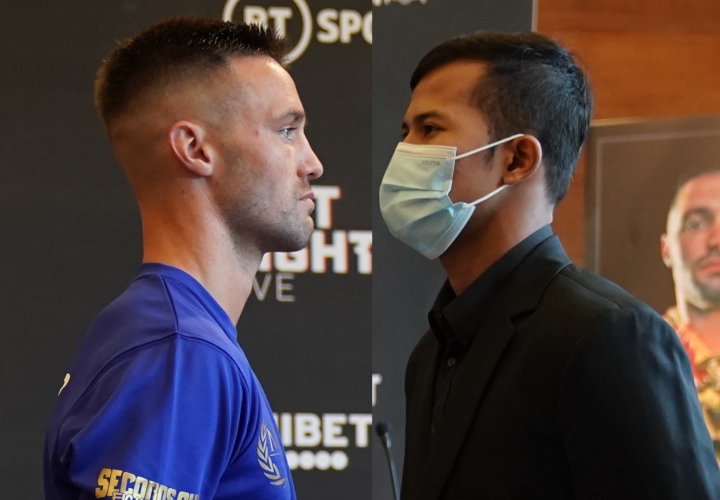 Edinburg, Scotland's Taylor tipped the scale at 139 1/4 pounds, slightly lighter than Bangkok, Thailand's Khongsong who checked in at 139.5 pounds.

Taylor (16-0, 12KOs) attempts his second overall title defense and his first since unifying the IBF and WBA belts in a 12-round win over Regis Prograis last October. The win also earned Taylor top honors in the World Boxing Super Series 140-pound tournament, where he claimed the IBF belt in a points win over then-unbeaten Ivan Baranchyk in the semifinals before winning the WBA belt from Prograis in their thrilling finale.

With the unification came a mandatory challenger in waiting. Khongsong (16-0, 13KOs) emerged to the top contender spot in the IBF rankings following a highlight reel 5th round knockout of unbeaten Akihiro Kondo last February in Tokyo, Japan.

The feat marked the lone career road trip for Khongsong prior to this weekend's adventure, which marks his first time fighting outside of Asia.

The winner will be steered towards a mouthwatering showdown versus Jose Ramirez, the division's other unbeaten and unified titlist. Ramirez—who owns the WBC and WBO belts—did his part to advance a long-discussed showdown with Taylor following a hard-fought 12-round win over WBC mandatory challenger and former titlist Viktor Postol this past August in Las Vegas.