Nothing illustrates the disconnect between the North American boxing community and the Japanese boxing scene better than the lack of discussion about the New Year's bout between Kazuto Ioka and Kosei Tanaka outside of the absolute die-hard circles.

Ioka and Tanaka will meet on Thursday night in Tokyo with Ioka’s WBO world super flyweight title on the line.

For some, many of whom are patrons of this site, it’s one of the best fights, pound-for-pound, that has been made this year. But in a broader sense, it’s been ignored for a handful of reasons. For one, it’s happening on the final day of the year at a time when most people on this continent are sound asleep building up the energy to watch the ball drop later that night. It’s also taking place in Japan, where broadcasts, or even bootleg copies of fights have been historically difficult to extract from. The fight will air live on BoxNation and Premier Sports in the United Kingdom, but as of press time, an English language broadcaster does not exist in North America. ESPN Knockout will offer a Spanish-language telecast.

There is also the longstanding bias in this part of the world against fighters in boxing’s lightest weight classes, which has dissipated somewhat over the last five or six years following HBO’s late-stage commitment to the super flyweight division, but still exists in the mind of many casual fans.

Several outlets and organizations have already published their choices for 2020’s year-end awards, featuring many categories that logically could be impacted by the result of Ioka-Tanaka. It is not unfathomable to think that these two could produce a Fight of the Year—any fight involving Tanaka in particular should always put year end voters on notice, especially given that his war with Sho Kimura was considered the best of the year by many experts just two years ago. Nor is it unreasonable to think that either one of these brilliant offensive fighters could uncork a Knockout of the Year caliber shot. And even if you think that a win for either man wouldn’t top Teofimo Lopez’s victory over Vasiliy Lomachenko or Tyson Fury’s win over Deontay Wilder, whoever wins certainly has a claim to one of the best victories of the year, one at least deserving of a spot on the ballot.

The unfortunate impact of deciding awards before the end of the year, when Japan’s major bouts almost always occur, it that it contributes to keeping excellent fighters like Tanaka and Ioka in the margins. Boxing awards don’t function like the Grammys—year-end Japanese bouts don’t generally wind up being eligible for next year’s round of awards. So even if Kosei Tanaka had a twelve-round tear-up with Ioka and then stopped him with the most sensational one-punch knockout these eyes have ever seen, it would never receive formal recognition from the outlets and organizations that serve as both the sport’s voice and its documenters of history. 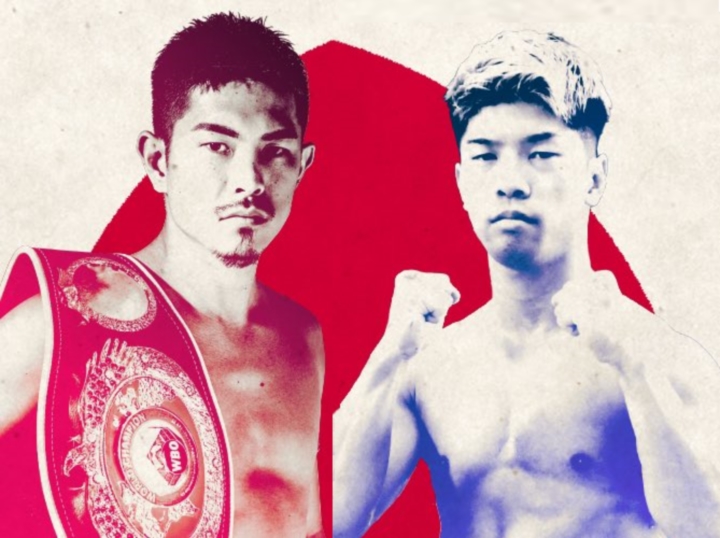 However, there is a precedent being set that even if some writers and broadcasters have an itchy trigger finger when it comes to awards, the marketplace at large is willing to embrace Japan’s top fighters—provided they fight on US soil. Naoya Inoue, who is now promoted in America by Top Rank, has received plenty of airtime on US television and has been pushed heavily by ESPN. Rightfully, he is regarded universally as one of the best fighters in the world, and sits at No. 2 on Ring Magazine’s pound-for-pound rankings. In addition, the lineal 108-pound champ Hiroto Kyoguchi inked a deal with Matchroom Sport last week, guaranteeing US exposure for another one of the sport’s hidden gems.

There exists a distinct opportunity for the 25-year old Tanaka in particular to enjoy the same kind of attention and celebration overseas provided he defeats Ioka on December 31. Should he do so, he will have won belts in four divisions in sixteen fights, eight faster than the current record holder Oscar De La Hoya, and would become the fifth man in history to win belts at 105, 108, 112 and 115 (the most recent being his opponent, Ioka).

Not only would his resume then necessitate pound-for-pound consideration, but it would demand showdowns with names like Juan Francisco Estrada and Roman Gonzalez. While time and weight may stand in the way, one could also at least dream about Tanaka vs. Inoue in the future too.

At a recent press conference and in recent interviews, Tanaka has continually referenced wanting to create a “generational change,” a passing of the torch from the era of fighters led by Ioka, Estrada and Gonzalez, and has specifically mentioned the latter two as his next two targets.

Though beating Ioka is most certainly no guarantee—Tanaka is promising bell-to-bell action, not to mention a victory, and hopes everyone will pay attention.

"I think Ioka will be quite prepared, but I'm going to beat him until the last second," Tanaka told Japanese boxing website Boxing Mobile. "I'm looking forward to what kind of performance I can do on the day, and I want you to see it with your own eyes."