Carlos Takam and Jerry Forrest are ready to fight.

The pair of heavyweights will move forward with an assignment neither expected less than three weeks ago, as they collide Thursday evening at MGM Grand Conference Center in Las Vegas, Nevada (ESPN, 8:00pm ET/5:00pm PT). 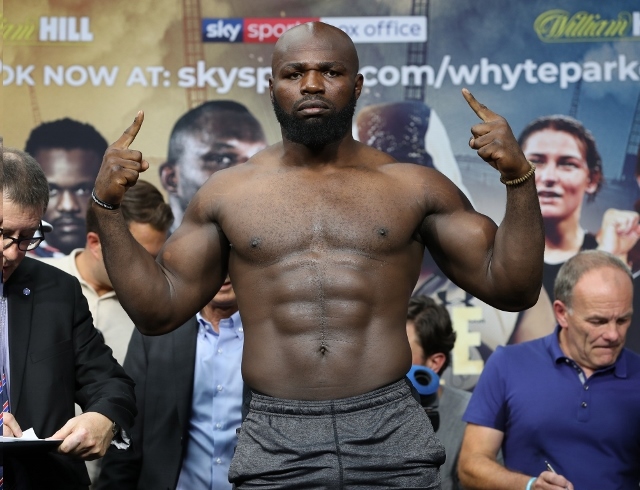 Takam was originally due to face Canada’s Oscar Rivas, but the bout was scrapped when Rivas was unable to move forward in present form. Takam wisely remained in fighting shape, and was in a position to step in for disgraced heavyweight Jarrell Miller, who racked up his fifth official positive drug test within the past six years. The latest infraction leaves Miller temporarily suspended by the Nevada State Athletic Commission and likely facing a lengthy ban.

Two heavyweight bouts were originally scheduled to take place on Thursday’s show. One fell off, as Jared ‘Big Baby’ Anderson was left without an opponent when Florida’s Hector Perez (7-2, 3KOs) was forced to withdraw due to illness not related to COVID-19.

*Orta is 0.7 lb. over the 132-pound contract limit, has one hour to shed the excess weight