Cuban title challenger Sullivan Barrera vowed that Saturday’s 175-pound crossroads, battle of relevancy would lead to career retirement for Seanie Monaghan. Yet despite falling by one-sided unanimous decision in front of partisan fans at the Aviator Sports Complex in Brooklyn, New York, the Long Island resident showed he still has plenty of fight left.

Barrera bounced back from being stopped in the 12th-round of his previous fight in March by WBA titleholder Dmitry Bivol, with his other loss to retired two-division champion Andre Ward coming via non-title unanimous decision in March 2016. 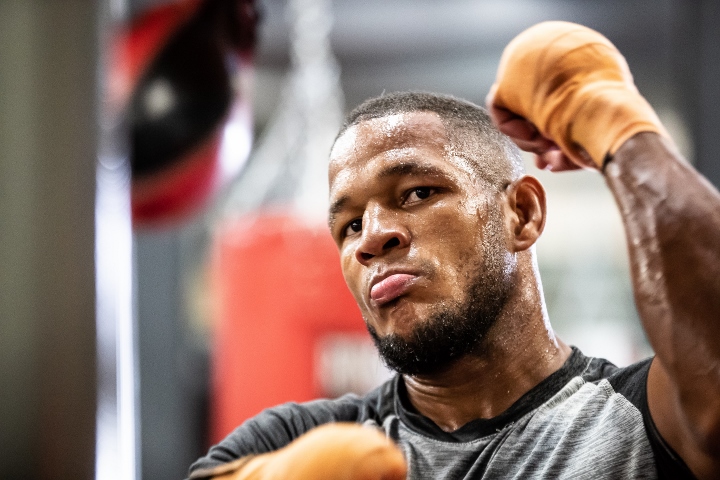 “He was strong. I told the guys before the fight that he was tough, like a heavyweight. My corner and I knew that this wasn’t going to be an easy fight,” said Barrera.

“I looked at his face and I knew he was tired, but I tried to knock him out and just couldn’t. My last fight was in March, so there was a long time between fights, but I proved to night that I’m a tough light heavyweight.”

Barrera began to separate himself in the fifth, adding a left uppercut and a double-left as Monaghan began to retreat. Monaghan connected on a clean left in the sixth, but the fresher Barrera stole the round with a head-swiveling right hand, left-hook, left uppercut combination.

The damage became manifest on Monaghan’s face after the seventh, eighth and ninth rounds, where he fought gamely only to be out-gunned as Barrera unleashed with both hands on either side of his head. Barrera closed with strong in the 10th, unleashing four- and five-punch combinations on at least five different occasions.

The loss puts a damper on the career of Monaghan, who was 16 months removed from a second-round stoppage loss to left-handed 2012 U.S. Olympian “Sir” Marcus Browne, ending an 11-month ring absence since winning by unanimous decision over Evert Bravo in November.

Barrera entered their fight rated No. 4 by the WBA, whose champion is Bivol, and Monaghan, sixth by the WBC, whose titleholder is southpaw Adonis Stevenson.

Surprised this wasn't a quick stoppage. Didn't see the fight since the Facebook never seems to work for me regardless of what I do.

Barrera looks very beatable. It was a fun fight but a lot more competitive than it should have been.