Sulaiman spoke to BoxingScene.com on a variety of topics including the upcoming welterweight unification clash pitting the IBF champion Errol Spence against the WBC champion Shawn Porter.

While this is a conventional unification, Sulaiman hasn't been shy about thinking outside of the box when it comes to unifying titles and trying to make big fights. He most recently ordered #1 rated lightweight challenger Luke Campbell to face WBA/WBO champion Vasiliy Lomachenko. The fight takes place on August 31st. 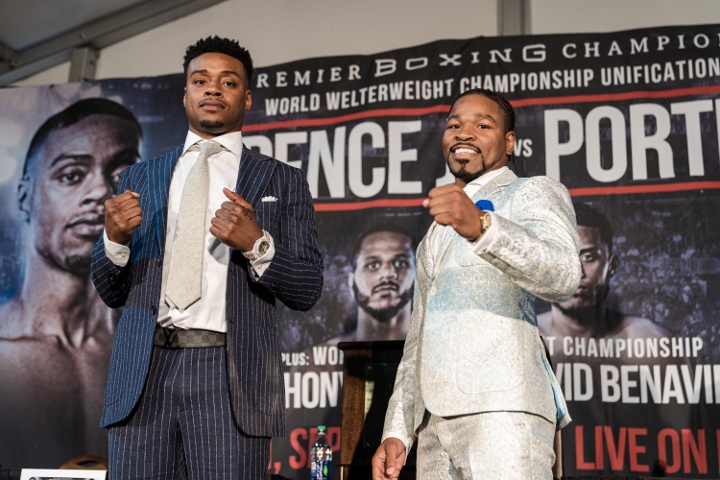 He also ordered then WBC light heavyweight champion Adonis Stevenson to face Sergey Kovalev who held the WBA/WBO/IBF titles at the time.  While the fight was negotiated, it never came to fruition.

The boxing world is again clamoring for a unification bout between Spence, who would hold two titles if he defeats Porter, and WBO welterweight champion Terence Crawford.  With Spence sitting on the Premier Boxing Champions side of the fence and  Crawford on the Top Rank/ESPN side of the fence, the bout doesn't appear likely to happen anytime soon.

When asked if he would potentially order the fight, Sulaiman cautioned that the Spence-Porter will have mandatory obligations to fulfill.

"Well this is a great unification. I am very proud of our champion Porter. I am very proud of Spence. He is a tremendous representative of the sport and it is a great fight.  As I have said the WBC believes in unifications and in working together but you cannot abuse a mandatory situation.  The WBC has communicated with the promoter when they requested sanctioning for a unification while we have a pending mandatory. I also believe that the IBF has a mandatory but they don't have a designated mandatory. We will see. We want the sport to grow," Sulaiman told BoxingScene.com.

"Of course, Terence Crawford is a tremendous champion. The welterweight division perhaps is the most competitive with so much talent. You have Spence and our champion Porter fighting in September. You have Manny Pacquiao who just beat Thurman. You have Danny Garcia. You have Terence Crawford. We can go on for two or three years with great fights and we are going to do our best to keep them falling into that pattern."

I cannot wait until the day when one winner takes all. Whomever thinks Spence will walk in the ring and beat a skillful fighter as Crawford is beyond me. Crawford has too many tools in his arsenal for Spence. I…

People be quick to talk about promoters and managers ruining boxing. When its been these organizations doing the real dirt and dictating who fights who for decades.

[QUOTE=pasawayako;19991215]Who is Crawford?[/QUOTE] he's the #1 welterweight in the world. You should remember, he's the same guy Freddie roach said he didn't want pac to fight for fear that he'd get beat up.

Spence will destroy them all