WBC heavyweight champion Fury (30-0-1, 21 KOs) has set up the new gym in Morecambe, with the superb facility offering the ‘Gypsy King’ the chance to train close to home. 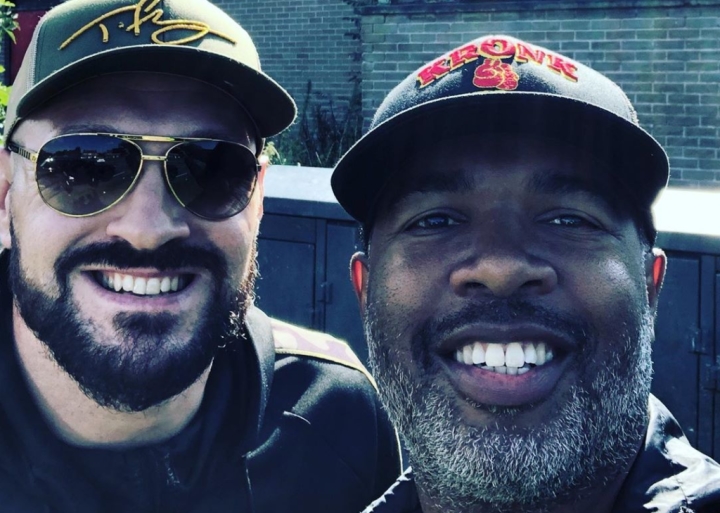 Sugar Hill was the mastermind behind Fury’s dominant stoppage win over Deontay Wilder earlier this year, and he’s been extremely impressed with what he’s seen at the gym after touching down in the UK.

Steward said: “I’m here in the UK to check out Tyson Fury’s beautiful new gym. You will be amazed at the way it’s set up.

“There are lots of vibrant action photos on the wall, and it’s just the way Manny would have had it done. It reminds me of his office that he had in Detroit in the 80s and 90s, so it’s a real touch of class.

There’s a huge portrait of the punch that Tyson landed on Deontay Wilder, and that’s the right hand that changed the world.”

Tyson’s father John Fury added: “Tyson’s new place is where it’s at. There is everything here. There’s the biggest punch bag I’ve ever seen in my life, and that’s what heavyweights use.

“There is all the artwork and memorabilia of the great nights of boxing, so it doesn’t get any better than this.”

Is the fight in the UK?

[QUOTE=Silver Spear;20761882]Fury has in fact fought like this before. This is not the first time he has shown this style or abilities. I am sure he brought in Steward for a reason and I am sure Steward helped him out…