On Saturday night in Toronto, Stevenson started strong - but then faded badly in the second half.

The contest continued to have numerous swings of momentum and in a twelve round majority draw - with one judge scoring 115-113 for Jack and the two remaining judges penning scores of 114-114. 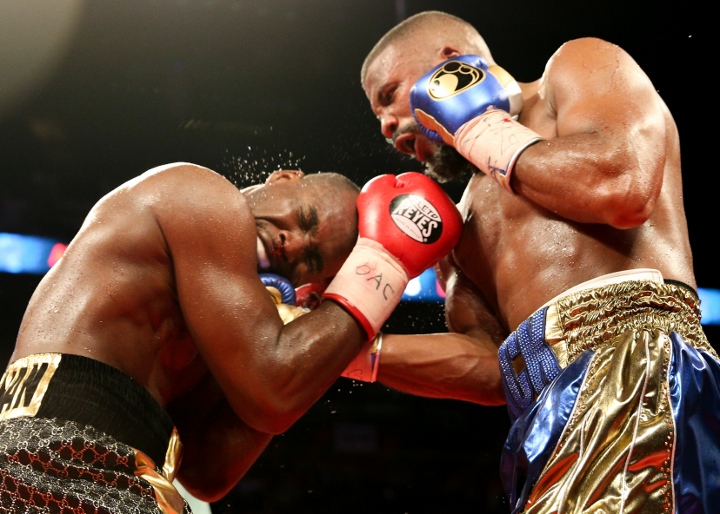 Michel was not expecting the contest to play out in such a manner - especially after Stevenson won the majority of the rounds in the first half of the contest.

"Badou Jack really impressed me. It was structured, organized and disciplined. He knew what to do, his game plan was solid. He presented a level of boxing to Stevenson that I didn't believe that he was able to present," Michel told TVA Sports.

"On the other side, it was fine for Adonis at the beginning of contest. I thought he won five of the first six rounds. But we felt after the sixth round that Adonis was helpless after being unable to get the knockout. It's as if Jack had said at the time: 'This is my fight.'

Michel was not surprised by the outcome, because the fight was close. He had Stevenson winning by two rounds.

"After the fight, I was very confident [that Stevenson had won]. I had the impression that Adonis had won by two points. I was convinced that he kept his belt. In the worst scenario that I had in mind, it was a draw and that's what happened," Michel said.

Regarding a potential rematch that both fighters are demanding, things may get complicated in that respect, admits Michel.

The President of the World Boxing Council, Mauricio Sulaiman, had said a few weeks ago that Stevenson, in the aftermath of his contest with Jack, would have to face his mandatory contender, Oleksandr Gvozdyk.

[QUOTE=Bronx2245;18789961]Adonis can't afford to sit and wait for that one punch! He loses rounds when he does not throw punches, and [B]he's not effective going backwards.[/B][/QUOTE] So few fighters are. That is a freaking talent.

[QUOTE=landotter;18789768]I like all those match-ups!! assuming no immediate rematch, I would rather see the Kovalev/Alvarez winner against Bivol, but Jack fits fine with any of those three or a Marcus Browne with something to prove (think Jack has his way…

[QUOTE=Bronx2245;18789129]After that performance by Jack, I have Gvozdyk finishing Adonis in 10! Badou Jack vs. Marcus Browne or Joe Smith Jr. at the Barclays! Let's Go! Badou Jack vs. the Kovalev/Alvarez winner would be a good one too![/QUOTE] I like…

Jack came out fighting scared not to get knocked out.He got some confidence he finished strong.

Was a great fight. I was surprised by Stevenson's heart to grit it out, even though he was dead tired. I thouhgt he was going to quit on his stool, but he was hungry to hold on to his title.…