Steven Ward is taking inspiration from Rocky Balboa ahead of his exhibition bout with former World’s Strongest Man Hafthor Bjornsson – saying it will be like when Rocky fought Hulk Hogan!

Ward faces the man known as ‘The Mountain’ at Conrad Dubai this weekend, with viewers able to watch the fight on Saturday via coresports.world (exact time to be confirmed).

It sees Bjornsson get some rounds under his belt as he prepares for his upcoming grudge match with fellow strongman Eddie Hall. 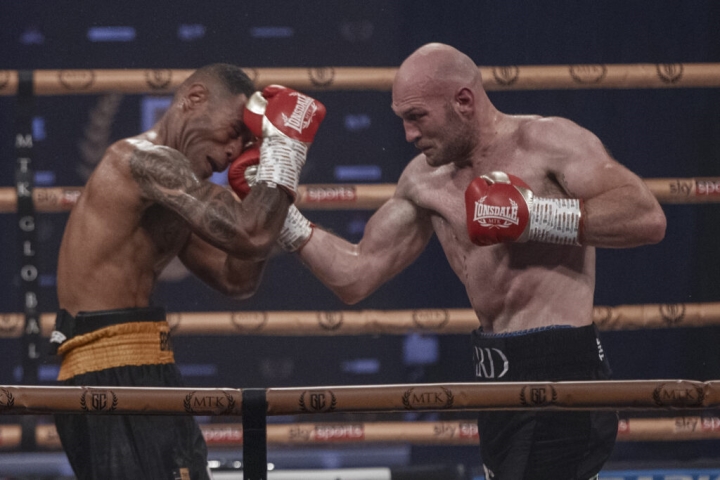 Ward admits he is heading into the unknown by taking on such a huge opponent, and is cautious of awakening the sleeping giant in Thor!

Ward said: “It’s going to be strange facing a man of his size. If you ever watched Rocky and saw when he fought Hulk Hogan and the size difference, this is how I feel like it’s going to be!

“It’s a bit of the unknown. Maybe I’ll catch him with a half decent shot and then it will be like I’m waking a sleeping giant and he’ll go mad and start throwing haymakers at me!

“I’m expecting millions of people to watch it, so hopefully some can become fans of the Quiet Man and follow me this year, as I think it will be a good year in the professional ring for me.

“I want to be as active as I can be, and I want to take any opportunities that come my way. I’m looking forward to getting a good few wins under me and being in decent competitive fights.”