Stephen Smith To Return, May 10 In Nottingham

The 33-year-old has been out since suffering a gruesome ear injury against Francisco Vargas.

Smith, who is a former British and Commonwealth champion and a former two-time world title challenger, has continued to train during his time out. 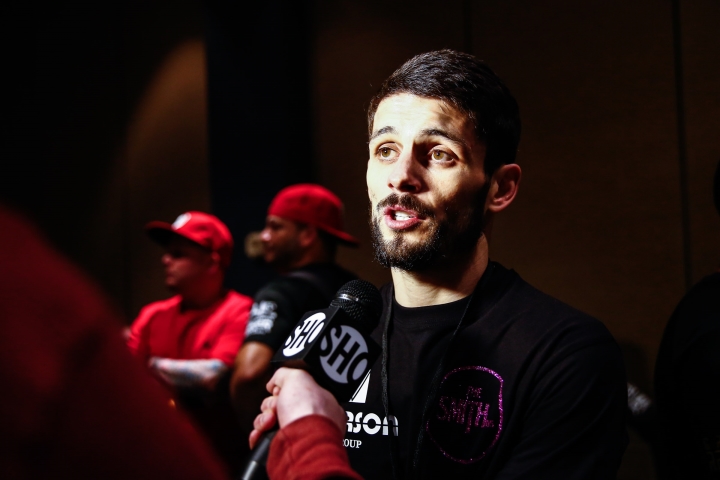 And he has now been given a date for his return.

‘Swifty’ is set to box at the Motorpoint Arena in Nottingham on Friday, exclusively live on Sky Sports in the UK and DAZN Stateside, as part of the supporting cast to Jordan Gill's WBA International featherweight title defence against Enrique Tinoco.

He will be hoping that a win, against an opponent to be named, will push him back into title contention in the talent-laden 130-pound division, with this promoter Eddie Hearn having already mentioned the idea of putting him in with former British, Commonwealth and European and current WBC International Silver champion Martin Joseph Ward before the year is out.

The clash will be flanked by the aforementioned showdown between Gill and Tinoco, while Leigh Wood faces Ryan Doyle in a defence of his Commonwealth featherweight crown and former Team GB star Dalton Smith makes his highly-anticipated debut in the paid code.

US super-featherweight Raymond Ford is on the bill in a showcase outing alongside Smith's former Team GB teammate Charles Frankham, who makes his bow in the paid code, and Brad Daws.