Spike O'Sullivan: I Wasn't Good Enough To Take Munguia Down

"I feel disappointed," said O'Sullivan in the aftermath of his disappointing defeat.

"I was hoping I could win, but I guess I wasn't good enough to take him down. I just want to go home, spend time with my family and rest. I've been away for too long and I think it's time for me to go and enjoy some time with them. I have made a great sacrifice for this fight, but it's OK." 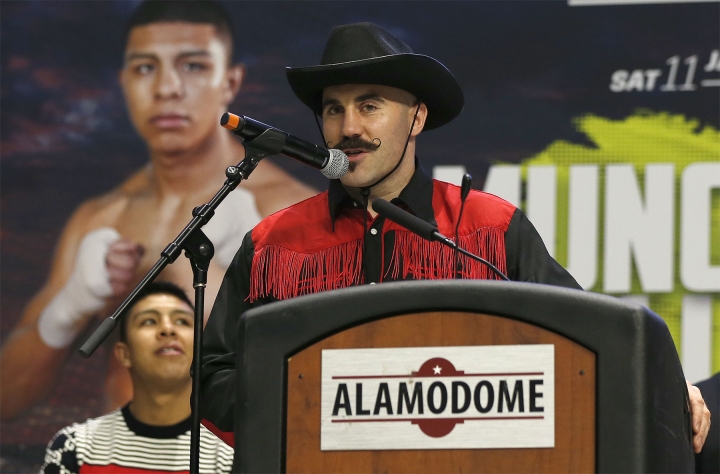 In the co-main event, Alejandra "La Tigre" Jimenez (13-0-1, 9 KOs) of Mexico City, Mexicocaptured the WBC and WBO Super Middleweight World Titles against Franchon "The Heavy-Hitting Diva" Crews-Dezurn (6-2, 2 KOs) of Baltimore, Maryland via split decision in a 10-round fight.

Joshua "El Profesor" Franco (16-1-2, 8 KOs) of San Antonio, Texas defeated Jose Burgos (17-3, 14 KOs) of Guadalajara, Mexico via technical knockout in the ninth round of a super flyweight fight originally scheduled for 10 rounds. Franco won with time of 2:13 of the aforementioned round.

Tristan "Sweet T" Kalkreuth (4-0, 3 KOs) of Duncanville, Texas beat Blake Lacaze (4-8-1, 2 KOs) of Monroe, Louisiana via knockout in the first round in a four-round cruiserweight fight. Kalkreuth won time of 1:50 of the aforementioned round.

Spike is a fighter. He got paid $400k i believe? Earned every dime.

Hey, Spike, we all knew this going into the fight. If you were good enough you wouldn't have gotten the opportunity to fight him.

A cherry picked tough journeyman made to order for Munguia and still turned out to be a handful. At this rate Munguia may be stuck fighting human punching bags to keep the 0 safe for the Canelo payday.