Though he does not have an opponent as of yet, middleweight contender Gary O’Sullivan could prepare to easily the most important ring appearance of his professional career.

The Irish fighter, who is currently enjoying the promotional backing of Golden Boy Promotions, will be in the chief supporting role on the major September 16th Mexican Independence Day card that will be headlined by the much-anticipated rematch of Gennady Golovkin and Saul ‘Canelo’ Alvarez at T-Mobile Arena in Las Vegas.

O’Sullivan has had a great run since GBP took him under its wings. The hard-hitting 160-pounder started his recent successes with the promotional giant last September with a four-round demolition of Nick Quigley on ESPN, that was followed by a massive stoppage victory over once highly touted prospect, Antoine Douglas on HBO in December. 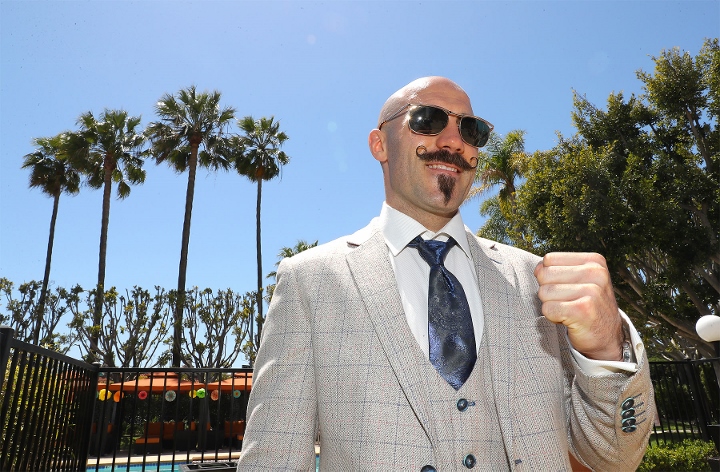 The Cork-native boxer was last seen in action this May in a stay busy fight against Mexican Berlin Abreu on the eve of Gennady Golovkin’s most recent fight against Vanes Martirosyan.

For O’Sullivan, this was the first encounter of a newly signed three-bout deal with Oscar De La Hoya’s Los Angeles-based promotional company, who is planning to match the exciting brawler with their own Canelo Alvarez in the not-so-distant-future.

“Gary is where he should be right now. He's had his ups and he's had his downs, but this is the same story in most fighters’ careers. We have been together for just over ten years and we have taken more from his two losses than his 28 wins,” said long-time trainer Packie Collins to BoxingScene.com recently.

Those losses came by the hands of current WBO middleweight ruler Billy Joe Saunders in 2013, and former world title challenger Chris Eubank Jr in 2015, respectively, well before O’Sullivan hit the American market to give new heights through his journey as a pugilist.

Collins made sure his protégé is currently in a position where he feels ready to take on the best in September before his proposed showdown against either GGG or Canelo.

“Gary is both mentally and physically prepared for whoever is in front of him. Well, there are talks of Gary fighting the winner [of Golovkin-Canelo II], hopefully, Canelo wins as that fight would be a hell of a lot easier to make.”

“Outside of Billy Joe Saunders and Eubank Jr I think Spike’s next fight is going to be his toughest test to date, cannot confirm who it is but it will excite the real boxing fans with the Mexican Style. There is lots of talk about Spike fighting a number of different people for numerous different belts, but right now Golden Boy Promotions and Murphys Boxing are putting together a plan that we believe will be the best road to take both in profile of fights and financially,” stated Collins, who thinks Gary will have his hands full with his semi-final opponent on the Vegas show in the fall.

“All I can say is Spike is going to fight a big name in September, a well-known lad who can fight.”

This Irish bum will get his moustache punched straight.

Yep errbody throwing out the right names, we'll see which.

Lemeuix, with the winner to fight canelo is a possibility.

thinking David Lemieux as well which is OK I guess :dunno: