Gary 'Spike' O’Sullivan (30-4, 21 KOs) is expecting to land a world title eliminator in his next ring outing.

Last month, O'Sullivan was in action in the middleweight division - and was stopped by undefeated former world champion Jaime Munguia, who was making his debut at 160-pounds.

One fight prior to that, the Irish boxer had dropped down to 154-pounds - and now he plans to resume his run in the junior middleweight division. 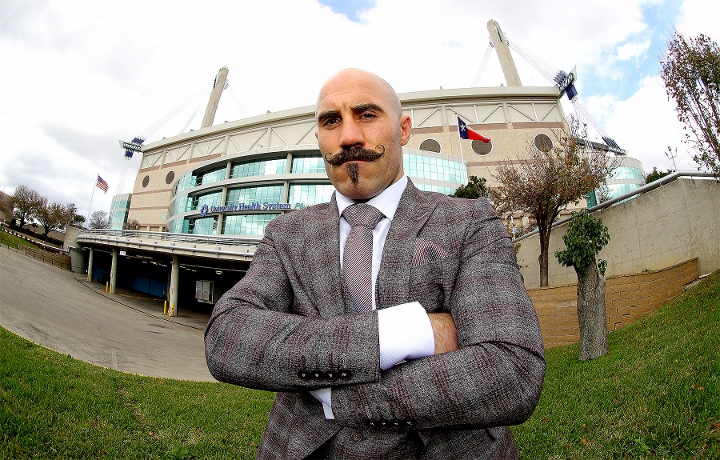 According to the 35-year-old O'Sullivan, he was advised by his handlers that he would appear in a junior middleweight eliminator on May 2, as part of the undercard to the return of Mexican superstar Saul "Canelo" Alvarez.

O'Sullivan, promoted by Murphys Boxing and Golden Boy Promotions, believes he could be one fight away from a world title fight.

There was some discussion of O'Sullivan facing WBO junior middleweight champion Patrick Teixeira. But, Teixeira has to make a mandatory defense against Brian Castano in April.

“I think that Canelo is going to fight Billy Joe Saunders. I thought I’d get a shot at him (Teixeira), but he has a mandatory defense," O'Sullivan said.

“They’re telling me I’ll get an International title shot at light middle. He’s (Teixeira) is promoted by Golden Boy and I would get to fight him if he comes through the mandatory. I definitely will be fighting on. I’ll probably fight in May and if I come through that fight for a world title in September."

This guy has some seriously good management!

Lost his way into a Eliminator? :lol1:

Lost his last fight some how he in an title eliminator in a different weight , Boxing

This clown :lol1:...made the foolish mistake of being a toughguy to Lemieux, which you just don't do :lol1:. Its gets you waking up to smelling salts :lol1:. Got smoked by Munguia too.

I read somewhere that the euro champ, Sergio Garcia is fighting 2 of may. The rival of garcia (charrat) runned away. Garcia vs o´Sullivan can be a good fight for a WBO eliminator.