Spence: A Tune-Up Fight Wasn’t Gonna Answer Questions That Need To Be Answered

DALLAS – Reasonable people wouldn’t have complained had Errol Spence Jr. faced a lesser opponent in his first fight after coming back from injuries sustained in a scary car accident last year.

Once Spence realized what he was physically capable of accomplishing upon returning to the gym, though, he wanted to truly test himself in his comeback bout. That’s why the unbeaten IBF and WBC welterweight champion revisited a fight against Danny Garcia, whom Spence initially was supposed to fight late in January. 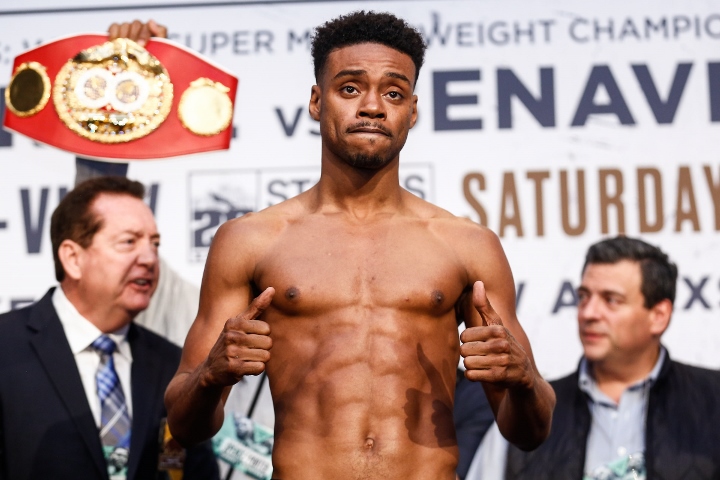 The 30-year-old Spence (26-0, 21 KOs) edged Shawn Porter by split decision in his last fight, a 12-rounder that took place in September 2019 at Staples Center in Los Angeles. Porter beat Garcia by unanimous decision a year earlier to win the then-vacant WBC belt, but a victory over Garcia (36-2, 21 KOs) on Saturday night at AT&T Stadium in Arlington, Texas, would be one of the most impressive wins of Spence’s eight-year pro career.

Garcia has lost only to elite welterweights – Porter (31-3-1, 17 KOs) and then-unbeaten Keith Thurman (29-1, 22 KOs, 1 NC), who defeated Garcia by split decision in their 12-round, 147-pound championship unification fight in March 2017 at Barclays Center in Brooklyn. The 32-year-old Garcia is dangerous with his left hook and his right hand, but no one within Spence’s inner circle tried to convince the 2012 U.S. Olympian to come back against a less imposing opponent than Garcia.

“Nobody came to me and said, ‘I think you need to take a tune-up,’ or anything like that,” Spence said. “You know, I basically told them I didn’t want a tune-up, that I wanted to get back in there with a top guy, and they all agreed with it.”

Spence suffered lacerations to his face and body during a one-car accident in October 2019 in downtown Dallas. He also sustained damage to his teeth in that accident, which resulted in Dallas Police charging Spence with a misdemeanor count of driving while intoxicated.

[QUOTE=vaborikua2014;20934585]Nope im not a fan boy of fighters like u. People are allowed to root for whomever they like.[/QUOTE] Lol fan boy? Lmao...I was watching boxing king before you were a twinkle in Daddy’s eye

[QUOTE=Boxingfanatic75;20933230]Did you cry last night?[/QUOTE] Nope im not a fan boy of fighters like u. People are allowed to root for whomever they like.

[QUOTE=vaborikua2014;20923405]Hopefully Danny makes an example out of Errol who didn't give a **** about other ppl when he has drunk off his mind without a seat belt thinking he was untouchable in his Lamborghini. War Boricua[/QUOTE] Did you cry last…

Honestly...most would've taken probably 2 Tune Ups after a Accident like that but we shall see Tomorrow how he looks Danny Garcia will land eventually it is boxing, everybody gets hit, we shall see how he reacts. Good Luck To…

[QUOTE=SplitSecond;20925411]Thurman and Porter clearly beat him. Peterson legit dominated him when he fought. It was bad. Garcia might have even been buzzed late he was getting it out on him so bad by a feather-duster.[/QUOTE] They won a clear 7-5…