Spence Not Worried About Criticism For Fighting Smaller Garcia

The bigger, stronger Spence is a natural welterweight who would be heavily favored to beat Garcia if their fight is scheduled for later this year. It would be a high-profile, pay-per-view fight for Spence, yet also a bout with a smaller man that’ll generate plenty of criticism.

Spence still wants to fight Garcia because the true welterweights the IBF 147-pound champion would fight next won’t be available in November or December. 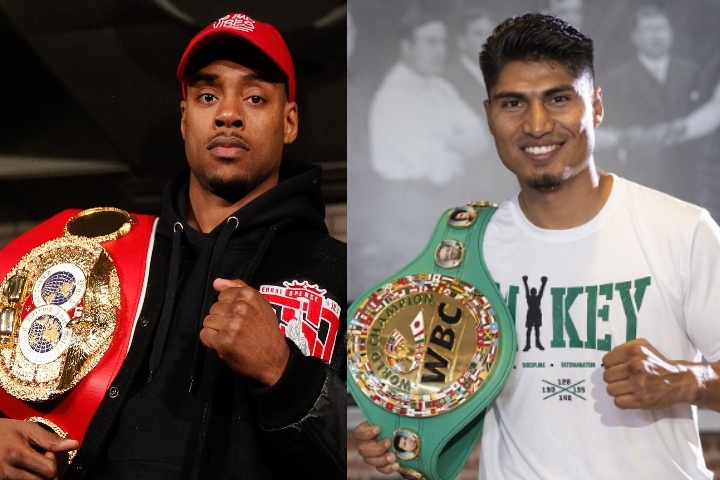 “It doesn’t matter to me,” Spence said. “It doesn’t matter what people say. Like I said, he’s a big name. He’s the biggest name I can get right now and, you know, he is pound-for-pound one of the best fighters. He wants to be pound-for-pound number one, so he’s taking on the challenge and I commend him for that. That’s what real fighters do. The only thing I’m gonna do is get the victory.”

The Garcia-Porter winner won’t be ready to fight by the time Spence intends to get in his third fight of 2018. And the often-injured Thurman’s comeback from a long layoff still hasn’t been scheduled.

Spence has said that he wants to beat the Garcia-Porter winner and Thurman before pursuing a showdown with WBO welterweight champ Terence Crawford (33-0, 24 KOs).

Robert Garcia, Mikey’s older brother and trainer, stated following Mikey Garcia’s unanimous-decision victory over Robert Easter Jr. on Saturday night at Staples Center that the real reason Mikey Garcia is adamant about boxing Spence next is because he is convinced fellow lightweight champion Vasiliy Lomachenko (11-1, 9 KOs) won’t fight him in the foreseeable future.

That’s fine by Spence, who will gladly fight Garcia (39-0, 30 KOs) in November or December.

“I guess I got my first part of this,” Spence said. “That’s a top guy that’s calling me out. And he called me out in the ring, right after his fight. So he’s definitely serious about it.”

Garcia’s confidence regarding their fight has motivated Spence.

“I like that,” Spence said. “It gets me pumped up. Somebody’s looking at me and he’s been calling me out. I mean, I’ve been waiting on that.”

:lol1: Of course he's not worried. Neither was Floyd, GGG, Canelo or Lomachenko when they fought someone that was jumping up 2 divisions.

He will have to make it up with a much better fight afterwards. Yes, we've seen smaller fighters come up and be great against much bigger guys, but this is not a good fight on Spence's side. It's something he…

[QUOTE=Pusnuts;18989571]Obviously I'd favour Spence but I really like Mikey Garcia, has he ever been wobbled hard or knocked down in his career?[/QUOTE] Yes. Rocky Martinez knocked him down and Juan Carlos Burgos hurt him too. He was knocked down at…

Obviously I'd favour Spence but I really like Mikey Garcia, has he ever been wobbled hard or knocked down in his career?

I don't think this fight is competitive ,but you need to keep it real , its Mikey calling out , chasing down Spence , not the other way around, its like a small kid running his mouth over and over…