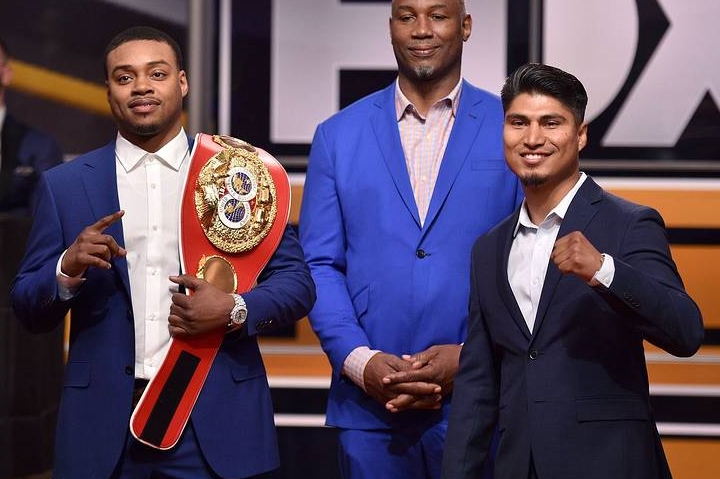 The Cowboys-Redskins contest drew an estimated 30.8 million viewers, and Cowboys-Saints, a 14.6/25 share in overnight ratings -- the highest-ever for a Thursday Night Football game, according to a report by Kenneth Bouhairie on The Premier Boxing Champions (PBC) website.

Negron has scored seven straight knockouts since losing by third-round KO in September 2011 to Epifanio Mendoza, a first-round stoppage loser to Breazeale in December 2014.

Very nice. W / UFC out of the way the Charlos, can appear on FS1 shows like SFY, The Truth Spence can do Undisputed I hope Swift Garcia goes the AB rout & starts talking smack, he has the potential…

[QUOTE=sicko;19331731]Fox been running an incredible Promo of the Charlo Brothers during NFL Games which is GREAT for them... Boxing needs this type of Main Stream Exposure honestly! New fans…

[QUOTE=MasterPlan;19330944]PBC will have shoulder programming beginning on Saturday the 8th with specials about the 4 main fighters for the Dec 22 card. That is also good promoting and I'm assumimg they will do this for all lf the upcoming Fox…

It makes no sense that all these guys are under same promoter and not Fighting each other! Hate Arum as much as u want..if they were all under Top Rank they would have been fought each other

[QUOTE=Leonbus2;19332809]Did you watch the Charlos' scrape by an undersize and soft hitting old Trout? Are you Razor Rudduck?[/QUOTE] The same Trout that beat Cotto, gave Nelo a harder fight than Triple L did, gave hurd a tough fight? Yeah, I…