UNCASVILLE, Connecticut – Stephen Espinoza is sympathetic toward those under financial duress during this pandemic.

Showtime’s president of sports and event programming also understands some of the complaints consumers and non-buyers have expressed regarding boxing pay-per-view events. Espinoza completely disagrees, however, with the critics contending that Showtime’s six-fight pay-per-view show Saturday night is too expensive.

The veteran television executive pointed out that the $74.95 price tag for the show is in line with what it has cost to watch boxing pay-per-view events in HD in recent years. Espinoza also feels that fans are getting both quality and quantity for their money from these two three-bout broadcasts. 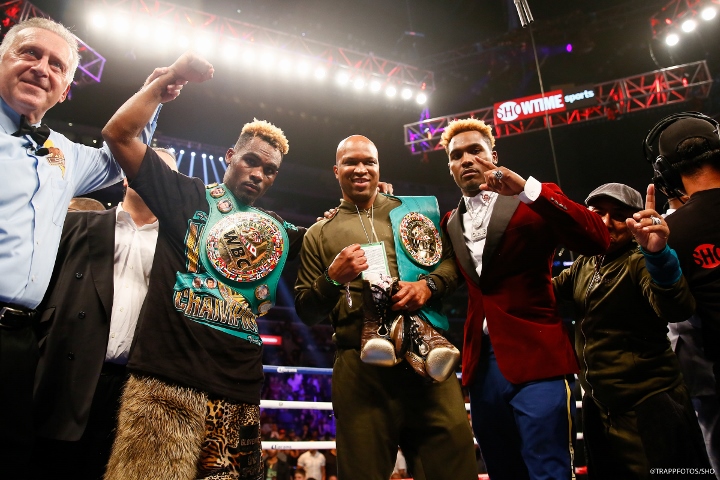 “I understand that there are a lot of people in this environment that are under financial pressures,” Espinoza told BoxingScene.com. “Of course, that’s an impediment for the pay-per-view. But as a general comment, I don’t understand the complaints about the pay-per-view price. This the same price that it’s been for years and it’s double of what you typically get from a pay-per-view. Actually, it’s more than double because the quality of the fights up and down [the card] is way beyond the norm. We hear boxing fans asking for, ‘We want the best fighting the best.’ OK, well, how about a top-three guy in the division against another top-three guy in the division? Or, how about a unification fight with three belts on the line? OK, that’s the best fighting the best.

“Then they say, ‘Well, give us strong undercards.’ OK, how about four more world title fights? And the one that’s not actually a world title fight is between two former world champions? We give them all that, and then it’s, ‘Well, it’s too expensive.’ So, the reality is there will be those that complain and criticize no matter what. But I think the true boxing fan recognizes the strength of this card and the value that it presents.”

The show will start at 7 p.m. ET/4 p.m. PT with a 12-round battle that’ll pit the Philippines’ John Riel Casimero (29-4, 20 KOs) against Ghana’s Duke Micah (24-0, 19 KOs) in a 12-round fight for Casimero’s WBO bantamweight title. Between the Casimero-Micah and Jermall Charlo-Derevyanchenko bouts, Brandon Figueroa (20-0-1, 15 KOs), of Weslaco, Texas, will defend his WBA world super bantamweight championship versus Las Vegas’ Damien Vazquez (15-1-1, 8 KOs).

A 30-minute intermission will follow the conclusion of Jermall Charlo-Derevyanchenko.

As much value as Espinoza believes buyers will get out of boxing’s first pay-per-view show during the COVID-19 pandemic, he realizes this is a risky proposition.

“It’s a roll of the dice,” Espinoza said. “The reality is there’s a lot of factors that we’ve never dealt with before, from the economic situation of the country, the competitive landscape of all the sports going at the same time and significant changes in how people consume media in general, and with sports in particular, right now. So, it’s a real question mark. But I will say this – as much risk as there is in this card for the network and the business people, I give a lot of credit to the fighters, and particularly the fighters in the main events. Because all of these guys could’ve said, ‘Let’s wait until there can be fans, so we can get some more money from the gate receipts, and we’ll be less dependent on pay-per-view to get our full purse.’

“They didn’t say that. To a man, they all said, ‘We’re not gonna wait around. Let’s do big fights. And we’ll take the entrepreneurial risk. If the fight does great, they’re gonna get paid well. If it doesn’t do great, they’re the ones who are gonna bear the brunt of it. So, I think that’s something to be appreciated, that they’re not gonna sit around and play it safe, when there’s more reliable revenue. The sport has to move forward and to continue to put on big fights, and that’s what everyone on this card has committed to doing.”

[QUOTE=jreckoning;20775007]Adjusted for inflation, today that would cost $52. Still not too bad at all.[/QUOTE] $52 is quite a reasonable price. $74.99 was something that Floyd and Pacquiao worked up to over several years of big fights. That doesn't mean every…

[QUOTE=Al Broker;20773870]Fans need to realize that Haymon and Espinoza weren't investing in Premium Guaranteed purses without adding a PPV to cover.. Why? Because Espinoza needs to show a return to the Executives that would've green lit Espinoza's budget. Haymon didn't…

The undercard isn't that great, I don't get the hype at all. Roman and Payano both coming off of losses. Figeuroa coming off a draw, his opponent is 1 fight removed from a draw with a guy who has a…