Making the junior flyweight limit has never been difficult for Ken Shiro, with his current training camp offering the latest proof to that claim.

The unbeaten, all-action fighter from Kyoto, Japan is set to make the sixth defense of the 108-pound crown versus streaking contender Jonathan Toconing. Their bout takes place July 12 in Osaka, Japan, with ESPN+ to stream the card which is topped by a rematch between middleweight titlist Rob Brant and former claimant Ryota Murata.

The official weigh-in is still to come for the event, but neither Shiro nor his challenger have struggled to maintain a healthy weight during their respective training camps. With the World Boxing Councii (WBC) title at stake comes mandated safety weight checks 30, 14 and seven days ahead of fight night in addition to the traditional pre-fight weigh-in. 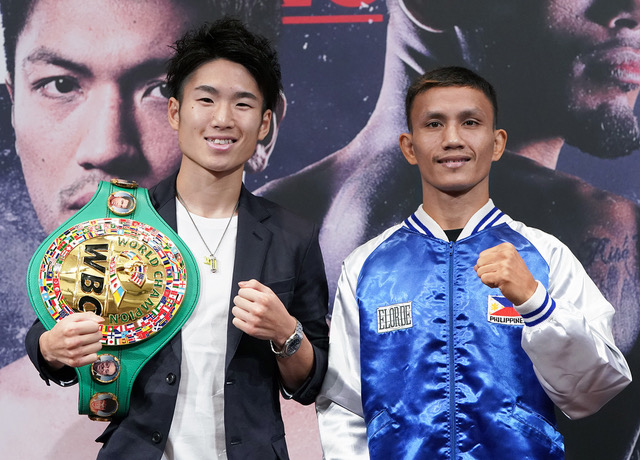 Both champion and challenger tipped the scales at 111 pounds during last Friday’s 7-day check, at which point a WBC-sanctioned athlete cannot weigh more than 3% above the contracted limit, or 112 pounds for this particular contest.

Shiro weighed 112.4 pounds at the 14-day mark, well within the tolerated 5% allowable overage, rounded up to 114 pounds.

Philippines Taconing (28-3-1, 22KOs) weighed 112 pounds at the same point, shedding six pounds from the 30-day checkpoint where his 118-pound weight was well within the 10% limit of 119 pounds. Shiro had less of a journey to travel, weighing 116.8 pounds 30 days ahead of his upcoming title defense.

Taconing makes his third bid at a major title, having dropped decisions to Thailand’s Kompayak Porpramook in May 2012 and to Mexico’s Lopez in July 2016. Both fights took place in his opponnent’s home country, as did a 10th round knockout of former titlst Ramon Garcia in April 2015, the lone road win of his 12-year career.

The 32-year old Filipino enters Friday’s bout having won his last six starts since his title fight loss to Lopez.

Friday’s contest marks the first of the year for Shiro (15-0, 8KOs) who won his title in a 12-round majority decision over Ganigan Lopez in Dec. 2017. Their rematch last May was considerably more decisive, with Shiro scoring a 2nd round knockout to kick off a 2018 campaign where he scored three wins over former titlists, having also turned away the challenges of Milan Melindo and, most recently, Mexico’s Saul Juarez last December. The run helped earn him accolades as, unofficially, the best junior flyweight in the world today.

To date, he’s come in just under the 108-pound limit for all of his title fights and has weighed more than 108 pounds just twice in his five year career, both coming within his first three pro fights.

Shiro could actually make a name for himself if he could get on a major UK or US card. A unification with either Canizales or Soto would pay well.