According to Detroit News, 28-year-old Artis Mack is now facing a felony charge of assault with intent to do great bodily harm less than murder, and is accused by local authorities in Michigan of punching veteran trainer James Ali Bashir, 68-years-old.

On October 4th, the official weigh-in was scheduled to take place for the world title fight between Claressa Shields and Ivana Habazin in Flint, Michigan.

Before both women were able to step on the scale, a verbal altercation took place between Shields' sister and Bashir, who trains Habazin. 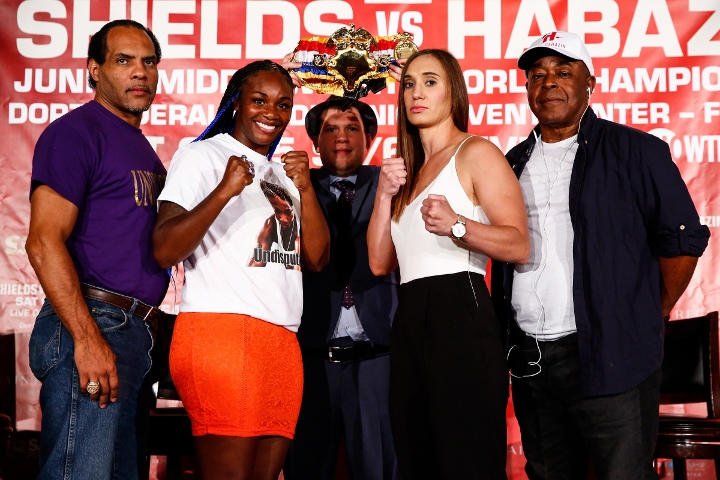 Bashir was later sucker-punched and knocked unconscious, allegedly by Mack.

The fight was canceled when Habazin withdrew, as she went with Bashir to a local Detroit hospital. The trainer underwent surgery for facial injuries. Their title fight is expected to be rescheduled on Showtime, at a later date.

According to Prosecutor David Leyton, Flint police say Mack was spotted fleeing the scene on foot by an officer, who noticed he matched the suspect's description.

"The officer followed Mack into a nearby neighborhood and an arrest was made," Leyton's statement said.

Some outlets have listed Mack as the brother of Shields, but neither local police or the prosecutor's office have officially claimed him as such.

Shields took to social media in the aftermath and called the attack "inexcusable."

“I do not stand for that and do not in any way justify what happened no matter what he said! I stand with Coach Ali and Ivana Habazin and I also understand their stand on our fight," Shields stated.

[QUOTE=Eff Pandas;20127364]Well they got different last names & Ive been following Shields since about 20 bouts into her amateur career & I dont recall this b^tch made mfer ever being mentioned so who knows. I suspect hes a half bro…

[QUOTE=Eff Pandas;20127105]This like a mfer. I get folks mad about the incident going down at all, but for the life of me I dont get how folks are connecting the dots to f#cking Shields of all people. To me this…

[QUOTE=sidefx996;20127509]I see what you're saying but actually the shoe fits. She IS. You know you want to like her. Young kid, 2X gold medalist... She was training near me at a local gym. They were letting her train for FREE.…

[QUOTE=slimPickings;20126852]For someone who did not commit the act Shields has a lot of invective coming her way. Like her or hate her, she is NOT the villain. Even if it was a member of her crew. She is not exactly…

Shields and the promoter need to be punished for this.