In a fight that defied expectations on several levels, Shawn Porter (the master mauler) retained his WBC welterweight title by boxing effectively from long-range for most of the contest (leading 65-49 in jab connects and 26%-22% in jab accuracy) while the usually scientific Yordenis Ugas stalked and landed well to the body (he led 57-34 in body connects) and tied Porter with 79 power connects while being more accurate in that department (35%-28%).

Porter overcame an early deficit and worked his way back into the fight as, after six rounds, Porter led 68-67 in total connects, then, in rounds 7-12, Porter out-landed Ugas 76-61 overall and prevailed in total connects in three of the final four rounds. 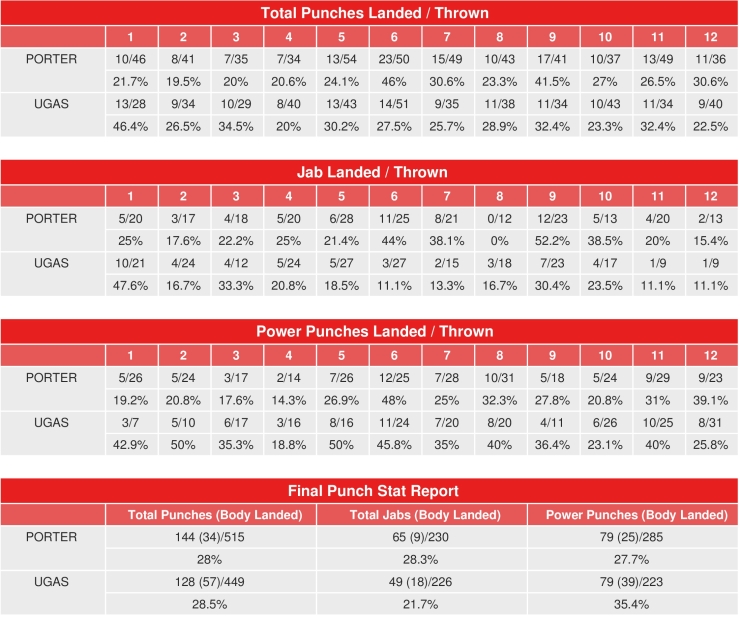 Porter, 31, struggled to make weight and he was below his best against challenger Ugas.

"I think we won the majority of the rounds. I would not have given Ugas very many," he said after his win.

Ugas, the 32-year-old Cuban coming off eight straight wins, rattled Porter and only just fell short of an upset win.