Former WBO heavyweight champion Shannon Briggs is ready and willing to come in on late notice to fight Mike Tyson.

54-year-old Tyson, a former undisputed heavyweight champion, is scheduled to return to the ring on November 28th, in the main event of a pay-per-view card.

The contest will be an eight round exhibition, fought with bigger gloves and no head gear. 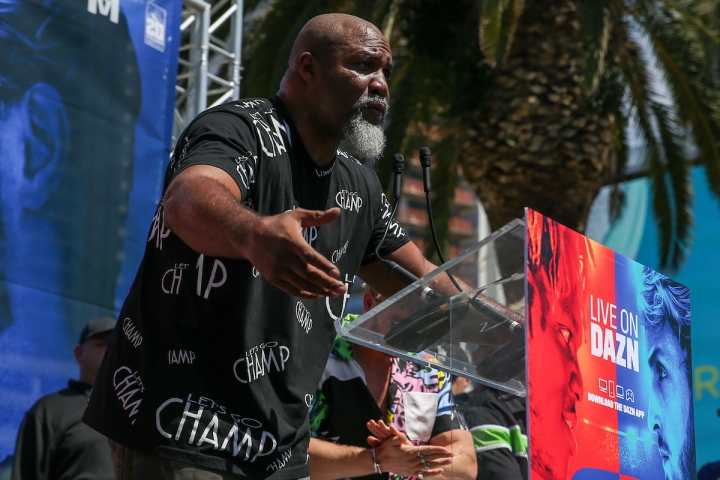 In his only fight as a heavyweight, Jones won the WBA world title. He would later vacate the belt and drop down by two weight classes to the light heavyweight limit of 175.

In a recent interview, the 51-year-old Jones appeared to have second thoughts about fighting Tyson.

Briggs, 48-years-old, has been inactive for over four years - with his last fight being a first round knockout win on the undercard of a David Haye event.

If Jones withdraws for any reason, Briggs wants the opportunity to fight his fellow Brooklyn native.

"They say champ having second thoughts. Tag me in champ! I am from Brownsville too. Never ran, never will. Let's go champ," Briggs said.

[QUOTE=el***;20774220]Briggs had the sack to fight grandpa Foreman when Tyson didnt.[/QUOTE] You realize Tyson fought Holyfield and Lewis right ,the same Lewis Foreman declined . Briggs was another easy fight or so Foreman thought if I remember correctly Foreman said…

At this rate of unstoppable absurdity, Boxing will be as fake as WWF by 2030. Mayweather vs. Bobby Pacquiao is imminent.

[QUOTE=REDEEMER;20772519]Brooklyn Briggs met the original Brooklyn beast Tyson and was shook on the basket ball courts . Briggs looking for a pay day but he will always have that mind set he can’t beat Mike just watch Mikes pod cast…

Briggs would spark Tyson clean out at this point, being his more recently been active and is a few years younger. We atleast have an idea what his reflexes were like 4 years ago as opposed to 15 years ago…