Shane Mosley on HOF Honors: "It Was a Dream Come True"

“Sugar” Shane Mosley was inducted as a first ballot Hall of Fame fighter for the Class of 2020, which also includes inductees like Bernard Hopkins and Juan Manuel Marquez.

“It’s a wonderful feeling to say that I’m in the International Boxing Hall of Fame,” Mosley told BoxingScene.com in an interview. “As a kid, I always hoped and dreamed that I would be one of the greats. I was excited and happy to be a first ballot Hall of Famer. It was great. It’s the biggest honor for a boxer. I couldn’t have asked for anything more than that. A lot of people have been deserving of it, and haven’t been called yet. My dreams have come true.

“The victory is my father’s as well. It’s a sign of how great of a trainer and father he was, and for me being who I am. He was there every step of the day. Me being inducted into the Hall of Fame is like him being inducted.” 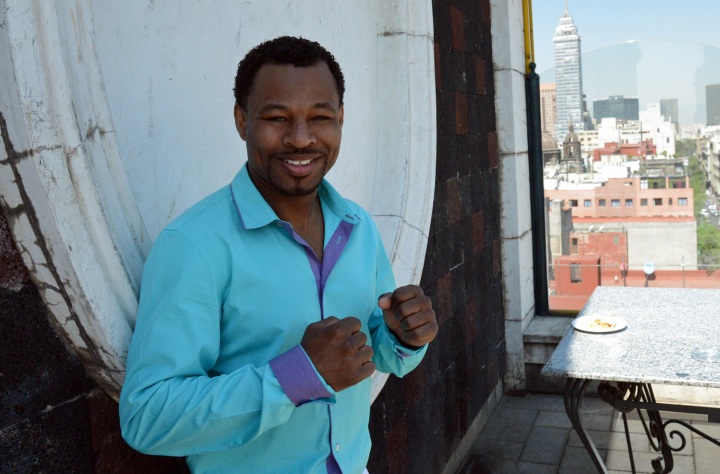 Shane was fighter of the year in 1998 with a 5-0 record as an IBF lightweight champion, while Jack was trainer of the year, as voted by the Boxing Writers Association of America.

Mosley considers the highlight of his career defeating Oscar De La Hoya for the first of two times in 2000 at the Staples Center in Los Angeles. He beat De La Hoya again in 2003 to prove the first win was not a fluke.

“I believe that gave the world a gauge and a chance to see and respect just how great I was, even though I had blown the lightweight division out before that,” said Mosley. “It was the best win of my career. It solidified the fact that I had arrived and I would be a force to be reckoned with … The Margarito fight was a great win and fight. I was an underdog. When I fought him, he was such a destroyer. They didn’t even give me a chance.”

Mosley said the regret of his career was being involved in the BALCO scandal headed by Victor Conte, who served time in prison for his crime. In 2007, Mosley admitted he unknowingly took steroids.

“That was my low,” said Mosley. “I shouldn’t have listened to advice of some coaches. It’s funny to me that Victor is the vitamin guy today that puts out this stuff, and he was the main guy who infected all these different athletes [in the past]. I don’t understand it. It’s incredible to me that he’s still around in the boxing world.”

Ultimately, Mosley is proud of his accomplishments, which also include two wins each over Fernando Vargas and Ricardo Mayorga.

“This is amazing. It’s a great class,” he said. “Believe me, I don’t even know what my speech will be. I still have to think about it and write it up. There is so much to say.”

[QUOTE=Eff Pandas;20321065]Does Jin get his HOF award or whatever too. Randomly when is Jin getting into the Golddigger HOF?[/QUOTE] Ahhhhhh ***** YOU. I read the thread title and instantly thought the same thing. You beat me to it

The consensus of people in boxing is that most top level athletes are juicing. So when one of them is caught, it's just not a good look for the sport when its HoF inducts a known cheat. This applies to…

A drug cheat getting inducted. Shame, not deserves at all.

Thats true i hear ya. I do think peds necessarily help a fighter win, i should know after i bet on fernando vargas to beat de la hoya back in the day lol and he got whooped and failed test…