Shane McGuigan Alleged To Have Said Carl Frampton 'Was Finished'

New claims are coming out in the legal battle between former two division world champion Carl Frampton and his former promoter and manager, Barry McGuigan.

Frampton filed a lawsuit, claiming millions in unpaid earnings. McGuigan has filed a lawsuit of his own for breach of contract. Both men deny any wrongdoing. 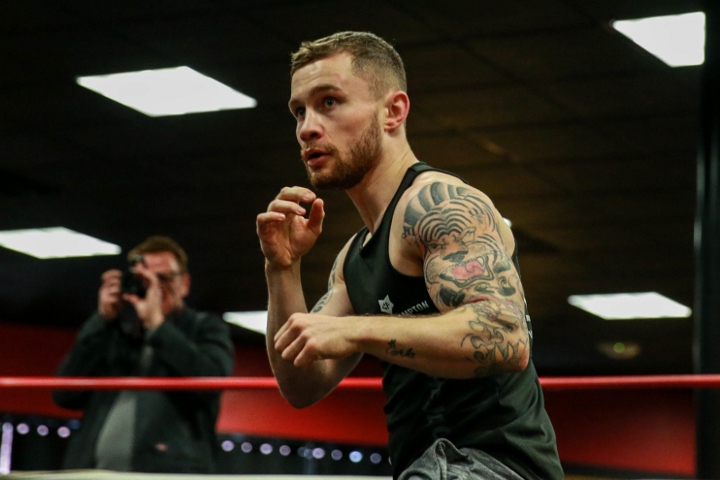 Paul Johnston, a manager at Monkstown Boxing Club where Frampton did his pre-fight training, gave evidence in court that the relationship between the boxer and McGuigan eventually became "toxic."

Johnston also claimed that Frampton's former trainer, Shane McGuigan, spoke to him in private and allegedly said the boxer "was finished."

"It was quite toxic. The camp wasn't happy. There was an air of grievance or unhappiness with Carl. He wasn't a happy fighter," Johnston said, according to BBC North Ireland.

"Shane started talking negatively. He said that he was finished. I was very concerned. This came from Carl's trainer and someone who was going to be in his corner the following night."

Barry McGuigan's lawyer, Liam McCollum QC, told Johnston that his version of the events was being denied.

McCollum said that Shane McGuigan "has no memory of saying that to you and it wasn't his view either. He never said 'he's finished' and he's never thought that."

However, it was not denied that Shane McGuigan made negative remarks regarding Frampton's focus for his upcoming fight. He felt the boxer was mentally distracted as the contest neared.

Frampton is currently promoted by Frank Warren and Top Rank. He switched to trainer Jamie Moore and signed a contract with MTK Global for the management of his career.

"Terrorist solicitor" "Biggest drug dealer in Europe?" Ya sectarian pup. This is a boxing forum, now p*ss off, dickhead

He is as good as finished and has been since LSC #2 although Shane's training methods will be the reason. Sadly a national hero like Carl Frampton is continuing on to facilitate money laundering and sport washing for the biggest…

[QUOTE=rudy;20766440]I am shocked at this Barry is gonna lose this Case seems like he built his in the Model of Barney Eastwood[/QUOTE] Strange isn't it? Wonder why the press don't talk about this angle.

[QUOTE]Johnston also claimed that Frampton's former trainer, Shane McGuigan, spoke to him in private and allegedly said the boxer "was finished." "It was quite toxic. The camp wasn't happy. There was an air of grievance or unhappiness with Carl. He…

Quigg is finished. Frampton is still a skilled fighter even if he's not the same fighter he once was as evidenced by his loss to Warrington.