Back in April, a video surfaced which showed Stevenson involved in a violent brawl at a Miami Beach parking garage. 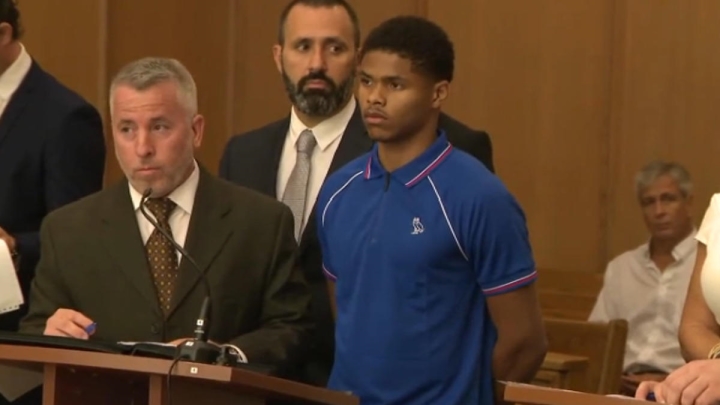 According to the police report obtained by Miami 10 in Florida, Stevenson and another boxer, David Grayton, made comments to a group of people in the garage, including two women to whom they allegedly directed sexual innuendo, which sparked the fight.

Police said paramedics treated a man and a woman at the scene for cuts and bruises.

Stevenson had a cut on his lip and Grayton had cuts on his knuckles, the report said.

Stevenson was celebrating his 21st birthday with friends on South Beach.

After appearing in the court, the charges against him were dropped after a deal was made in court.

Battery charges will be dropped if he serves one year of probation and performs community service.

Stevenson is scheduled to fight again on July 13th, at the Prudential Center in Newark, New Jersey. An opponent has not been finalized at the moment.

[QUOTE=The D3vil;19855709]And you'd deserve it too. The world would applaud and probably give him a medal.[/QUOTE] You still there? Your conception of "the world" is as small as your brain.

[QUOTE=Tatabanya;19852070] Oh, and if Shakur was in my face, I'd probably get knocked down and hit after I'm down.[/QUOTE] And you'd deserve it too. The world would applaud and probably give him a medal.

[QUOTE=Ray*;19852024]I really can’t get my head around what he did on that video, that wasn’t no “street fight” neither. He could have walked away AFTER seeing the man fall, he could have dragged the other scum who was raining blows…

[QUOTE=The D3vil;19851982]LMAO, you did all that to protect your lame ass post. You're an idiot. Calling an Olympic medalist who steps inside a ring where he can get killed at anytime makes him the opposite of someone with no balls.…

[QUOTE=Tatabanya;19847536]Yes, he does. But - remember young Adrien Broner? He, too, seemed like a brat, then look at how he became. Still, I don't remember Broner - as stupid as he is - punching a fallen man so hard as…