Ukrainian puncher Serhii Bohachuk worked hard, used all his arsenal and had to impose his strength and heart, to break down and stop a brave and fierce Alejandro Davila in six rounds, in what was the main event fight of the card presented by Max Boxing and 360 Promotions in Mérida in Mexico.

Bohachuk continued his unbeaten run of knocking out every opponent in the ring. 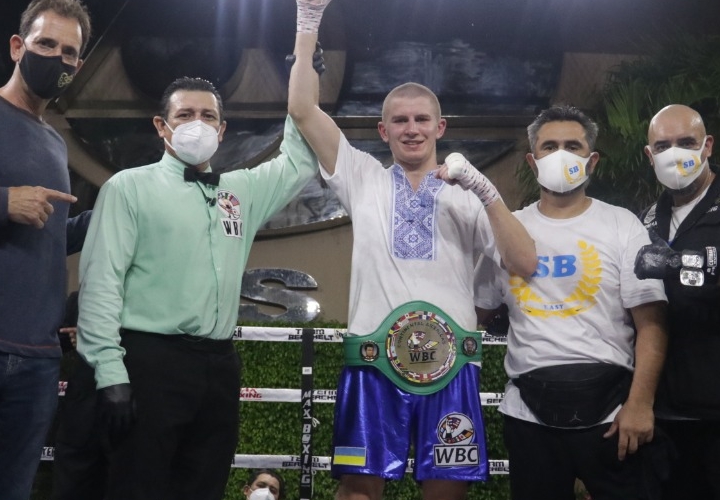 Bohachuk (18-0, 18 KO's) came out to the ring to achieve a quick knockout, but the “Pájaro” Dávila (21-2-2, 8 KO's) endured the punishment better than expected, and not only did he doing everything possible to use all his resources and changed his entire game plan, he also managed to connect with hard combinations as he looked to turn the tide.

Dávila stayed as close as possible to his rival, and Bohachuk was looking to land his power shots in every round.

The rounds were passing with great rhythm and intensity, but the punishment was wreaking havoc on Dávila, who was competitive until the sixth round.

However, his corner decided that he had already received enough punishment, and he remained on the stool as he corner felt that he should not come out to fight for the seventh.

was a good fight, more entertaining than Chavez jr - Cazares

Breaked down?? Holly Molly.. English went for a toss