Serhii Bohachuck vs. Alejandro Davila on September 25 in Mexico

Merida will host a boxing card on Friday the 25th, in which the main event will match two international fighters.

One is from Ukraine and is one of the strongest up and coming prospects. The other, a Mexican who is in a great moment in his career, and ready to reach the elite and rub shoulders with the best. 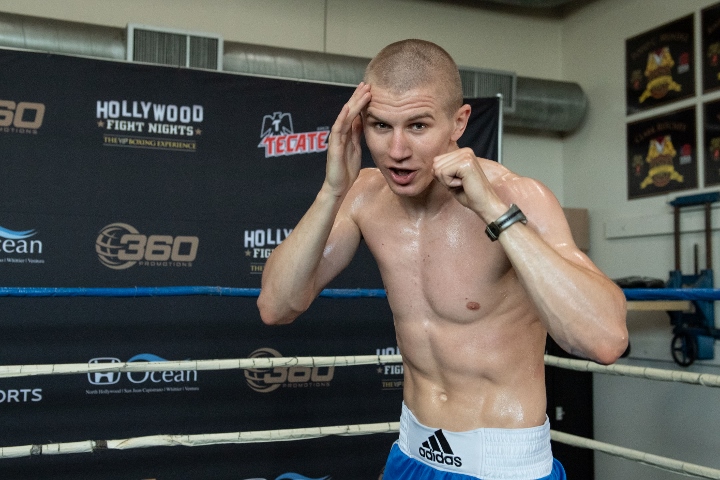 The closed-doors event will be presented by Max Boxing in the Grupo Sipse parking lot in Mérida, Mexico and it will be broadcast, regionally by Grupo Sipse, and internationally by ESPN.

Bohachuck, a fighter with great power in his fists, has knocked out all 17 of his opponents and only three rivals have been able to reach the fifth round. He has already faced opponents such as Ronald Montes, Cleotis Pendarvis, Freddy Hernández, Tyrone Brunson and Carlos Galván. 16 of his fights have been in America, the other was in Moscow.

On September 27 of last year, he knocked out Brunson in four rounds, when he became the WBC super welterweight Continental champion of the Americas.

For his part, “Pájaro” Dávila is a boxer of technique and precision in striking. He has important victories against opponents such as Darío Ferman, Murilo Alves and in his most recent fight, just last July 25 in Pátzcuaro, he defeated the experienced José Guadalupe Rosales by unanimous decision to become the Fecombox welterweight champion.

Supporting this contest, one of Sonora's most promising prospects, the popular “Caballo” Daniel Lugo (21-1, 16 KO's) will take part in a ten round featherweight bout.