Professional boxing will return to Spain on August 22 with an evening that will feature two of the main Spanish stars, Sergio García and Kiko Martínez, which will take place in Torrelavega (Cantabria), reported EFE.

The current European champion of the super welterweight division, Sergio García, will get back in the ring after more than eight months of being away due to the coronavirus pandemic, explained the promoter of the evening Maravillabox.

Garcia, in addition to the European title, is currently number two under the World Boxing Council and number six on the World Boxing Organization's rankings. The opponent is not yet known, but it will be ten rounds at middleweight. 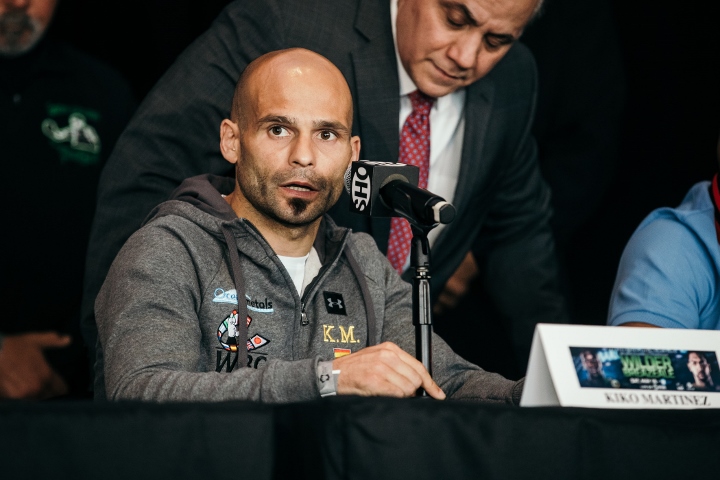 The evening will feature more professional matches that will be unveiled over the next few days.

Martinez, the man from Alicante, will not miss this event and will return to Torrelavega, the same place where he last entered the ring last December.

The former world champion is currently ranked fourteen within the super bantamweight division under the WBC and number three at the European level within the rankings. His fight will be over eight rounds within this last weight category.

Martínez is one of the lucky few who has been able to train at a good pace during his confinement, given that he lives in the mountains and was able to maintain the proper safety distance, as well as other recommended sanitary measures, so his fitness for this return will be exceptional, added the promoter.

The festivities of the Virgin Grande 2020 will host this new boxing evening in which both the city council and promoters are working to choose the location, among which are both the Campos del Malecón and the “El Ferial” venue, both with capacity to house a  lot of fans and with enough space to maintain social distance and other sanitary measures imposed by the authorities.