The WBO 175-pound champion also feels they’re one step closer toward fighting in what would be an intriguing light heavyweight title unification bout.

For the second time in five months, Bivol is expected to appear on Kovalev’s undercard August 4 at Hard Rock Hotel & Casino in Atlantic City (HBO). 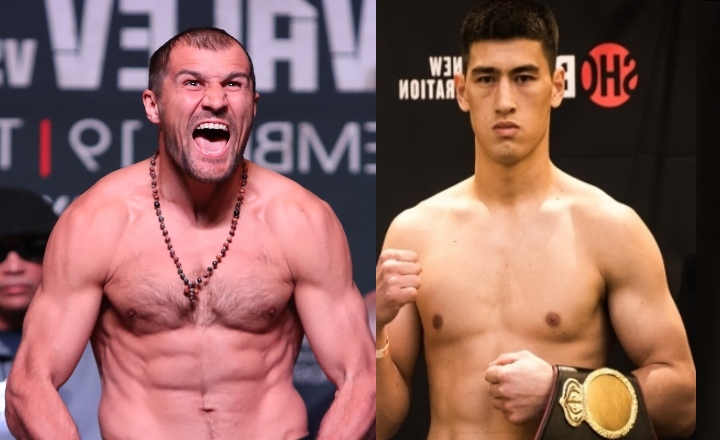 The 35-year-old Kovalev (32-2-1, 28 KOs) mentioned during a recent press conference in Manhattan to officially announce his title defense against Eleider Alvarez (23-0, 11 KOs) that if he and Bivol win August 4, they could meet in their following fight. An opponent for Bivol, the WBA champion, hasn’t been solidified.

“He’s a very talented guy and maybe in the future we can make a very interesting fight, a unification fight,” Kovalev said about Bivol before a press conference Saturday at the Hard Rock Cafe in Times Square. “And I’m ready, you know, maybe after this fight. Who knows? I’m ready.”

Kyrgyzstan’s Bivol (13-0, 11 KOs) stopped Sullivan Barrera (21-2, 14 KOs) in the 12th round March 3 to record the most noteworthy win of his three-year pro career. Before Bivol beat him, Cuba’s Barrera had lost only to former pound-for-pound king Andre Ward (32-0, 16 KOs), who defeated Barrera by unanimous decision in March 2016.

Right after the Bivol-Barrera bout, Kovalev knocked out fellow Russian Igor Mikhalkin (21-2, 9 KOs) in the seventh round of their scheduled 12-round main event in The Theater at Madison Square Garden.

While impressed by Bivol’s rapid development, the emerging champion doesn’t make Kovalev think of himself because Bivol boxes on vastly bigger platforms than Kovalev did at the same point in his career.

[QUOTE=Redd Foxx;18777797]I think Bivol is very good, but he'll be in for a shocker once he feels Kovalev's power. It'll change his confidence and diminish his output. People seem to forget exactly what kind of power Kovalev has. Not everyone…

[QUOTE=Evil_Meat;18776921]You said Stevenson has been dodging Alvarez for a while now my bad for thinking you were implying he's scared like most people on this forum do. No need to get upset and call me a keyboard warrior lol seems…

Alvarez then Bivol, proof Sergey always willing to fight the best, what a champion. Adonis could take a chapter out of Sergey's book.