Fundora, a 6-feet-5½-inch southpaw, out-boxed the significantly shorter Lewis during their 10-round junior middleweight match on the Deontay Wilder-Tyson Fury undercard at MGM Grand Garden Arena. The undefeated Fundora won a unanimous decision, as judges Max De Luca (98-92), Glenn Feldman (99-91) and Steve Weisfeld (97-93) scored their fight for him.

Fundora (14-0-1, 8 KOs), of Coachella, California, bounced back from a 10-round split draw with Jamontay Clark in his previous fight, August 31 in Minneapolis.

Australia’s Lewis (6-1, 4 KOs), a 2016 Olympian, is seven inches shorter than Fundora and had trouble landing flush punches on Fundora, particularly during the second half of their fight. 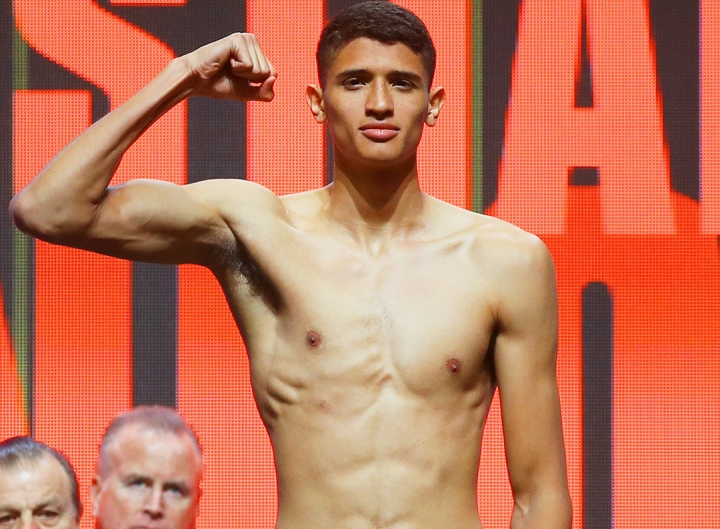 Lewis got off to a strong start. He was accurate in the first two rounds and drew blood from Fundora’s mouth.

Eventually, though, Fundora began landing left hands, defended himself better and Lewis found it increasingly difficult to land on his significantly taller opponent.

The fight was largely uneventful, especially throughout a 10th round that lacked action.

Lewis landed a left hook about 30 seconds into the ninth round. In the eighth round, Lewis had trouble landing a clean shot on Fundora.

Fundora blasted Lewis with a left uppercut about 50 seconds into the seventh round. Lewis came back to land several hard right hands in the final minute of the seventh.

Lewis lost his mouthpiece, which caused a brief break in the action with 53 seconds to go in the fifth round.

Fundora landed several left hands and a right hook in the final minute of the third round.

Lewis blocked a lot of the lefts Fundora attempted in the first and second rounds. Lewis landed a right hand just after the halfway point of the second round.

Fundora bled from his mouth in the second round.

Lewis landed a flush right about 35 seconds into their fight. Fundora simply smiled and fired back.

That Fundora is an awkward bugger to fight, Lewis had plenty of chances to do something on the inside but it looked like he had not trained specifically for Fundora which if true is strange. Bit of a dull fight…