The former WBA super bantamweight champ stopped Mario Briones in the second round of a scheduled eight-round, 130-pound bout on the Demetrius Andrade-Walter Kautondokwa undercard at TD Garden in Boston.

England’s Quigg (35-2-2, 26 KOs) fought for the first time since suffering a broken nose during a brutal back-and-forth fight with WBO featherweight champ Oscar Valdez seven months ago. Valdez defeated Quigg by unanimous decision in that 12-round, 126-pound championship match March 10 in Carson, California. 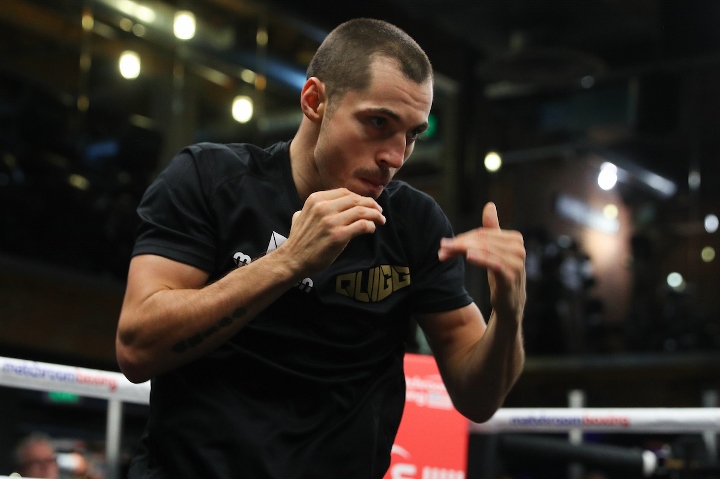 Mexico’s Briones (29-8-2, 21 KOs) lost for the third time in four fights, all by knockout or technical knockout.

Quigg went after Briones in the first round. He landed a good overhand right in those opening three minutes, but Briones landed a right hand of his own to get Quigg’s respect.

That didn’t deter Quigg from attacking Briones at the start of the second round.

Quigg landed a left hook early in the second round, which moved Briones back toward the ropes. That’s when Quigg capitalized by landing five powerful punches that ended their scheduled eight-rounder.

Quigg’s right uppercut was followed by a right cross, and then a right-left-right combination that made referee Gene Del Bianco step in to stop the beating Briones was taking. The time of the stoppage was 1:12 of the second round.