According to BBC Sport, British champion Scott Fitzgerald has had his boxing license suspended after being arrested on suspicion of assaulting a woman. The British Boxing Board of Control decided to suspend Fitzgerald's license, but there will be further investigation into the incident.

As BoxingScene.com previously reported, the 28-year-old fighter was arrested on Monday in Preston and bailed until May 21.

When reached by media, Lancashire Police confirmed a 28-year-old man was arrested on suspicion of assault in the Ryelands Crescent area on Monday. The 2014 Commonwealth Games gold medal winner confirmed the arrest on Instagram. 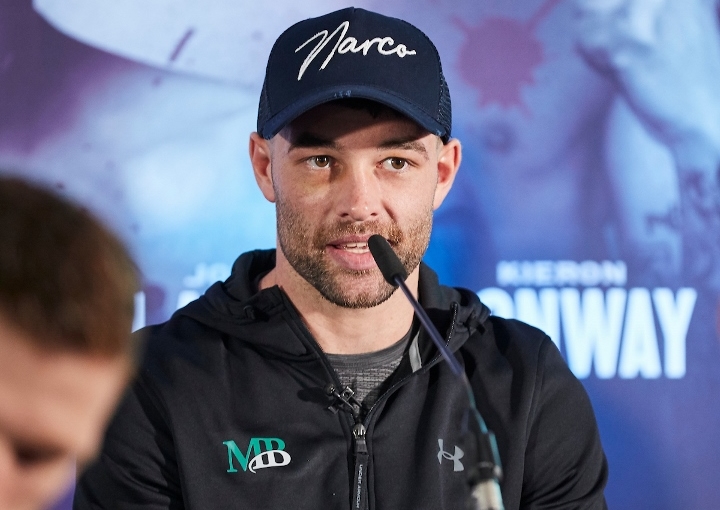 Fitzgerald currently holds the British junior middleweight title and was being positioned by his promoter, Eddie Hearn, in the direction of a fight against Anthony Fowler or Ted Cheeseman.

At the moment, the sport of boxing is at a standstill due to the ongoing coronavirus pandemic. The British Board has canceled all boxing events for April and May.

The British Board has been busy, even with the sport in limbo. On Monday, they suspended the boxing license of WBO super middleweight world champion Billy Joe Saunders for releasing a training video where he jokingly advised men how to hit their female partners during the lockdown.

Saunders would later apologize for the video and claimed that it was nothing more than a joke.

It's Billy Joe's video that made him do it. Billy Joe u should be ashame of your yourself. ...:D

[QUOTE=kafkod;20493162]Spot on. Boxers should definitely not be using their fists outside the ring, especially not on women. But looks like the BBBoC now want the fighters they license to be as fake, bland, and politically correct in public as pro…

[QUOTE=skinnystev;20492959]one fighter jokes about abusing a woman the other fighter actually goes out and attacks a woman . The British Boxing board of control in a matter unrelated to boxing give both fighters the exact same "punishment" suspension. the lesson…