Schwarz More Inspired By Schmeling Than Ruiz Ahead of Fury Clash

Andy Ruiz’s stunning upset knockout win over previously unbeaten and unified titlist Anthony Joshua earlier this month in New York City remains a hot topic, but Tom Schwarz looks to another borough—and a much earlier point in time—for inspiration ahead of the biggest fight of his career.

The unbeaten heavyweight from Germany is a 15-1 underdog versus England’s Tyson Fury (27-0-1, 19KOs) this weekend in Las Vegas, slightly wider than the odds surrounding Ruiz for his massive win. Both were much bigger underdogs than was Max Schmeling ahead of his June 1936 win over a then-unbeaten pre-champion Joe Louis in their first fight at Yankee Stadium in Bronx, New York.

In fact, odds were set at 2-1 that Schmeling wouldn’t even make it out of the seventh round. Not only did he extend Louis deeper, but eventually stopped him in the 12th round of the 1936 Fight of the Year, a result few saw coming. 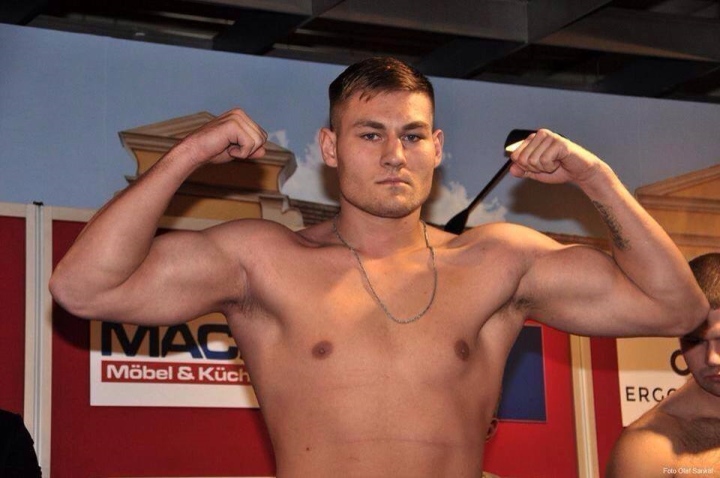 “I’ve seen every fight Tyson Fury has ever had, several times,” Schwarz *(24-0, 16KOs) said during a recent media conference call to discuss this weekend’s fight, which streams live on ESPN+ from MGM Grand in Las Vegas. “He is a surprise package, a big man who boxes well for his size).

“The thing is, I am also a surprise package and will shock the world, 86 years after the great Max Schmeling did so against Joe Louis.”

Saturday’s bout will come just three days after the 89th anniversary of Schmeling becoming the first German boxer in history to win any portion of the heavyweight crown. He was also the first heavyweight ever to win the World championship on a foul, as a low blow ended his June 1930 title fight with Jack Sharkey in the 4th round at Yankee Stadium.

Rematches with Sharkey and Louis didn’t fare quite as well. Schmeling suffered a widely disputed split decision defeat to Sharkey in their June 1932 title fight rematch in Long Island City, ending his reign at just over two years. Two more shots at the title resulted in knockout losses to Max Baer in 1933 and to Louis in their iconic June 1938 rematch, in which Schmeiing was knocked out cold in the opening round.

A rematch clause is in place in the event that Schwarz shocks the world on Saturday versus Fury, whom unseated long-reigning heavyweight king Wladimir Klitschko in Nov. 2015 and enters on the heels of a hotly disputed draw versus Deontay Wilder last December.

Just as return bouts weren’t Schmeling’s thing in title fights, Schwarz opts to cherry pick the parts of history he prefers to honor. Then again, Fury has insisted he will retire on the spot if he can’t manage to beat the unbeaten but unheralded German this weekend; his potential conqueror is not only willing to send him to retirement but join him there.

“That’s if Tyson Fury really meant what he said,” quipped the longshot contender. “I guess I will also retire as well, because it won’t get any better than beating the best heavyweight in the world today.”

[QUOTE=Eff Pandas;19823634]Nice. Thank you. Why did you find this? Since TR has been apparently having issues with boxrec showing all their fights idk whats going on with TR prospects anymore. Are they only showing their schedule on ESPN, ESPN+ or…

schmeling was a boss of a sportsman, and a real man. he personally hid two jewish boys at his place & saved em from the holocaust.

[QUOTE=kidbazooka;19821714]Schwartz’s is a closet racist.[/QUOTE] Think you may be talking about yourself there bud.

Schmeling was a boss, even the young Louis he beat would reem all of the currents HWs