The newly formed Matchroom Boxing Italy and OPI Since 82 join forces for a big show in Italy on November 30 headlined by a fight for the vacant EBU super lightweight title between Andrea Scarpa, 23-4, and Joe Hughes, 16-3-1.

In a matchup at cruiserweight prospect Fabio Turchi, 15-0, is in against Tony Conquest, 18-2, and featherweight Carmino Tommasone, 18-0. will take on an opponent to be announced. Tommasone´s professional career was interrupted by an attempt to return to "amateur" boxing and qualify for the 2016 Olympics.

Matchroom Boxing Germany have also been formed but no partnership has been announced. 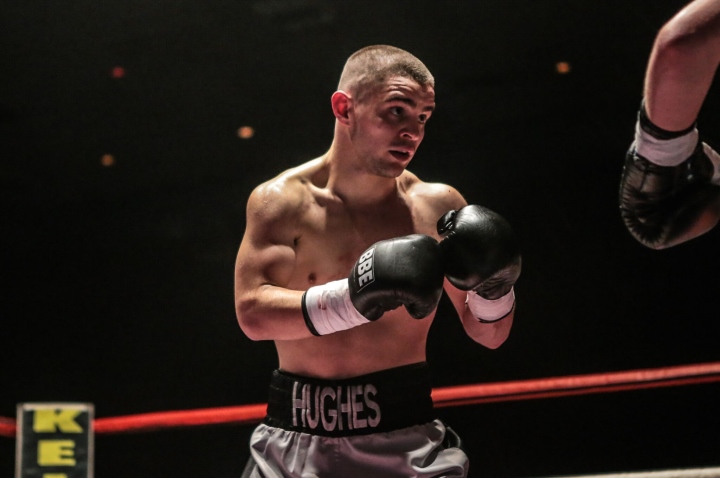 IN OTHER NEWS: Italian all time great Piero Del Papa has passed away at the age of 80. Del Papa participated in the 1960 Olympics and then turned pro and won the national light heavyweight title and became a two-time European (EBU) champ also at 175.

Late in his career he also got a shot at the WBA title then held by Vicente Rondon (the "real" champ then was of course Bob Foster) but was knocked out early.

He retired in 1972 with a record 45-11-4. He fought the likes of Bobo Olson, Chic Calderwood, Jurgen Blin, Tom Bogs, Ivan Prebeg and Mauro Mina. After his career he participated in a few movies, alongside Bud Spencer and ran a gym in Pisa.

Hearn may be spreading himself a bit thin. As far as I'm aware, thats UK, USA, and Italy they've expanded into, plus they do Monaco shows and he's been looking at Japan and Dubai as well. There may be some…

[QUOTE=Randall Cunning;19231481]Milan I think See a Youtube video discussing the German partnership. My Germans not up to much but made out Sauerland 26 January 2019 Feigenbutz and Abraham. Kabayal/Wallin has been ordered for the EBU aswell, would have thought theyd…

Buzzing for Joe Hughes! I’d love to see him win the EBU title. I think he can beat Scarpa

[QUOTE=BigZ44;19231463]Where in Italy?[/QUOTE] Milan I think See a Youtube video discussing the German partnership. My Germans not up to much but made out Sauerland 26 January 2019 Feigenbutz and Abraham. Kabayal/Wallin has been ordered for the EBU aswell, would have…