The most impactful pencil in boxing history will tally no more.

But when word of Harold Lederman’s death began making the rounds on Saturday evening, the responses generated provided sufficient evidence the Hall of Famer’s impact won’t be erased.

He was clearly a professional. He was certainly an expert.

Still, when it came to those who worked alongside him on HBO shows for parts of four decades, there were other qualities that’ll ensure he’ll not be forgotten.

“Can't be imitated can't be duplicated. He was the world's most unabashedly awestruck and adoring boxing fan next door. Not a broadcaster, not just a judge: a hyper-enthusiastic historian/scorer/rules encyclopedia/on-air promoter, and the most consistently convincing scorer of the sport I have known.

“Could go on and on, but try to top this: the most imitated on-air voice since Cosell – and I worked with both. Just as with Howard, there are millions out there who can do Harold better than Harold did.”

Lederman’s arrival to premium cable came shortly before Lampley, when he called then-HBO executive Ross Greenburg in early 1986 after watching a broadcast whose commentary veered wildly from the final result. He floated the idea of adding a pair of licensed scoring eyes to the announce team to interpret rules and decode judging mysteries. 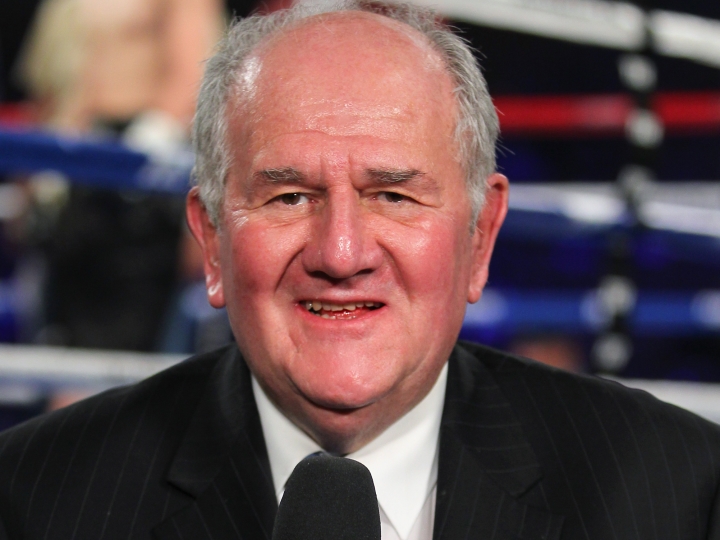 Greenburg invited him to help with coverage of a match between Pinklon Thomas and Trevor Berbick a few weeks later, though Lederman told me a few years back that the fight-week perception of Thomas as an easy winner convinced him the stint would be a short one.

“I said to my wife, ‘Pinklon Thomas is a 7-to-1 favorite. What's gonna happen is I'm gonna go to Las Vegas, Thomas is going to belt this guy out in the first round and my career on HBO is gonna be abruptly over,’” he said. “Little did I know that Trevor Berbick hired the very famous trainer, Eddie Futch, to train him, and that's the only fight that Eddie Futch ever trained Trevor Berbick.

“So anyway, Trevor Berbick wound up winning the unanimous decision, HBO liked what I had to say and they've been asking me back ever since. Every time I used to run into Eddie Futch, I would say, ‘Hey Eddie, you're responsible for my career on HBO. If it wasn't for you training Berbick, I would've never been on HBO.’ He used to get a big kick out of that.”

Thanks to the upset, he became a fixture.

“No station was using an unofficial judge to keep score for the public,” he said.

“And now every single station that carries boxing is using an unofficial to keep score. I really started something. After I was on HBO for five years, 10 years, all of a sudden the stations started to say, ‘You know what, Lederman is a pretty good idea, let's get ourselves a judge.' So now, I really feel like I'm the innovator in unofficial judging.”

Lederman’s run at HBO ended in December, when the network officially exited the boxing business.

Lampley said the extent of Lederman’s illness was known by colleagues at that time, which meant the judge’s presence on the final broadcast – a “Boxing After Dark” show from California that featured Juan Francisco Estrada, Cecilia Braekhus and Claressa Shields – was particularly meaningful.

“Just so happy he made our final bell,” Lampley said. “Critically important to the legacy of the franchise.”

The Bronx native was never shy about flexing his scoring muscles, particularly on nights when the official arbiters at ringside came up with verdicts that flew in the face of common mathematical sense.

Lederman had Jose Luis Castillo up, 115-111, in his first fight with Floyd Mayweather Jr., saw Lennox Lewis as a 117-111 winner in his initial match with Evander Holyfield, and gave Gennady Golovkin a 116-112 nod over Canelo Alvarez in their first get-together. For the record, Mayweather won a dubious unanimous decision, and both Lewis and Golovkin had to settle for disputed draws.

“Those nights he was always very brave and categorical,” Lampley said.

Lampley was inducted into the International Boxing Hall of Fame in 2015 and was joined a year later by his long-time HBO teammate, who became the first judge to get a plaque in Canastota.

Thanks, in part, to the blow-by-blow man’s own impassioned plea.

“All my experiences at ringside are deeply imbedded, including Harold,” he said.

“When I went to Canastota in June 2015 … his name had never been on their ballot. I went up on that dais with one huge objective, and I campaigned for him in my speech. The following January his name appeared on the ballot. I doubt any non-fighter has ever gotten a larger vote. We are bonded.

“Most unanimous decision ever.”

IBF junior welterweight title – Glasgow, Scotland
Ivan Baranchyk (champion/No. 6 IWBR) vs. Josh Taylor (No. 3 IBF/No. 3 IWBR)
Baranchyk (19-0, 12 KO): First title defense; One TKO in three fights outside the U.S. (12 total rounds)
Taylor (14-0, 12 KO): First title fight; Three TKO in four fights in Glasgow (29 total rounds)
Fitzbitz says: Take a look at the tale of the tape for this one. Taylor is taller and longer, in addition to being faster and carrying sufficient pop as well. That means “winner and new.” Taylor in 10 (85/15)

IBF bantamweight title – Glasgow, Scotland
Emmanuel Rodriguez (champion/No. 8 IWBR) vs. Naoya Inoue (unranked IBF/No. 1 IWBR)
Rodriguez (19-0, 12 KO): Second title defense; Never scored a stoppage past the seventh round
Inoue (17-0, 15 KO): Thirteenth title fight (12-0); Won by TKO in only fight outside of Japan (1-0, 1 KO)
Fitzbitz says: “The Monster” is ultimately going to run into a fighter who’ll give him a career-defining push, and Rodriguez’s record indicates he can. But no. It’ll go longer, not differently. Inoue in 9 (90/10)

Harold Lederman and Emmanuel Stewart were both great HBO legends.:boxing:

I dont get everyone saying his score cards sucked. The majority of the time he scored better than the official judges. Almost every bad decision, Letterman had the correct fighter winning.

For the record, he was right in all of those fights mentioned. Only stans say otherwise.

[QUOTE=Curt Henning;19741479]nice guy....not a fan of how he scored fights especially the later years...but whatever RIP[/QUOTE] Nice backhanded comment to a dead man.