Savannah Marshall Motivated By Family To Stun Rankin For Title

Savannah Marshall wishes her family could be there to watch her this weekend – so has vowed to do them proud by becoming world champion with a victory over Hannah Rankin.

Undefeated Marshall (8-0, 6 KOs) takes on Rankin (9-4, 2 KOs) for the vacant WBO middleweight title on the Oleksandr Usyk vs. Derek Chisora undercard on Saturday, which will be broadcast live on Sky Sports Box Office and DAZN.

Just like other events over the past few months, the fight will take place behind closed doors, and Marshall has promised that she’ll be taking the belt back to her family that have supported her throughout her career. 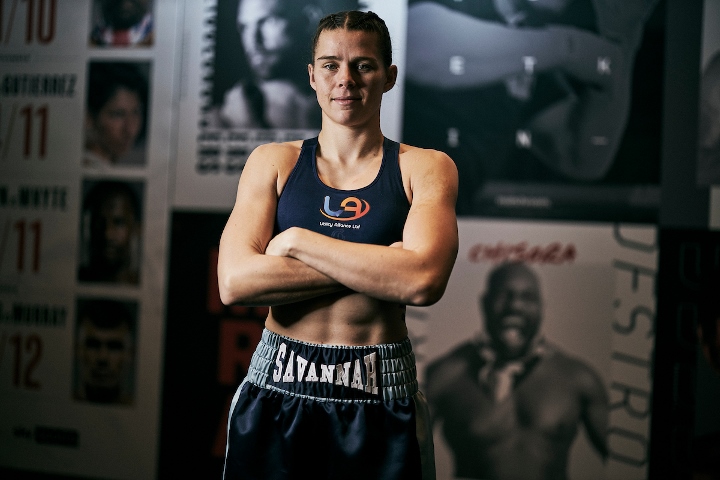 Marshall said: “I feel sorry for the people close to me who can’t be there like my mum and dad. My dad has been all over the world to watch me fight, but now he can’t see his daughter have her first professional world title fight.

“They’d love to come, and I’ll win this world title for them. Becoming a world champion is what everyone strives towards. It would mean the world for me to do it, especially with everything that’s happened this year with my fight getting postponed in April and then pushed back last week.

“I’m expecting the best Hannah Rankin there is and I’m expecting a tough fight. I’m thankful that the fight got moved onto the next show possible, especially as I’ve trained week in week out for so long.

“I’ve been close to the weight for weeks, and while the delay was frustrating, it’s given us an extra week to carry out what we have been working on.”

I thought this bout was off due to Covid?

Not gonna lie I think she is adorable, I'd wife her 1 million billion trillion percent. Not one to follow chick fights or comment on females' looks online, but man she has a special 'look'. :love::love::love::love:

[MENTION=193726]petero[/MENTION] is your fat-cow Savannah Marshall going to make 160? Hannah Rankin believes that Savannah will be weight-drained and plans to take the Hartlepool-manatee into deep waters and drown her.