Saunders vs. Isufi For WBO Interim-Title on May 18th 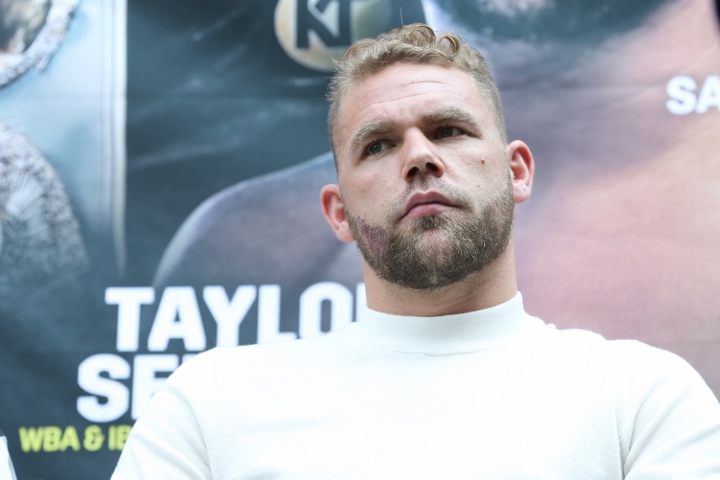 The 27-year-old Ramirez (39-0, 25 KOs) will box American Tommy Karpency (29-6-1, 18 KOs) in a 10-round light heavyweight bout April 12 at Staples Center in Los Angeles (ESPN). Thereafter, he’ll decide whether to remain at 175 pounds or return to super middleweight to defend his title, presumably against the Saunders-Isufi winner.

Saunders, a skillful southpaw who represented England at the 2008 Summer Olympics, decided earlier this year to move up from 160 pounds to the super middleweight limit of 168. He weighed in at 178½ pounds for his last fight – a four-round stoppage of 41-year-old Charles Adamu (33-14, 26 KOs) on December 22 in Manchester, England.

Two months earlier, the WBO stripped Saunders of its middleweight title because he failed a performance-enhancing drug test administered by the Voluntary Anti-Doping Association late in August. Saunders tested positive for oxilofrine, a banned stimulant, which caused the Massachusetts State Athletic Commission to deny Saunders’ license application for a fight against mandatory challenger Demetrius Andrade on October 20 in Boston.

The WBO subsequently stripped Saunders of the middleweight title he had owned for nearly three years. The top-ranked Andrade (27-0, 17 KOs), of Providence, Rhode Island, instead out-pointed Namibia’s Walter Kautondokwa (17-1, 16 KOs) in their 12-rounder October 20 at TD Garden to win the championship that was taken from Saunders.

The WBO later made Saunders the mandatory challenger for Andrade, but Saunders decided to move up to super middleweight.

I was hoping this meaningless charade had died a natural death.

Great move by the WBO, this is the common sense approach while Ramirez test the waters at 175. Saunders had little options at 160 with nobody really willing to face him so I hope he gets the opportunities at 168.…

The WBO is becoming a joke again. Can’t fault their cruiser champ but the rest of their champs are all dubious or have been dubious recently. I like Billy Joe and his idiotic antics, I’d even bet that he didn’t…

This is a dangerous fight for Saunders. Shefat is underrated I've been saying this for a while now lol haha :)

Silly hoe Saunders is the biggest fraud in boxing.