Saunders: Lemieux is a Bum - I Take No Credit For That Win

The 28-year-old Saunders is making the fifth defense of the WBO title he won from Andy Lee at the end of 2015. 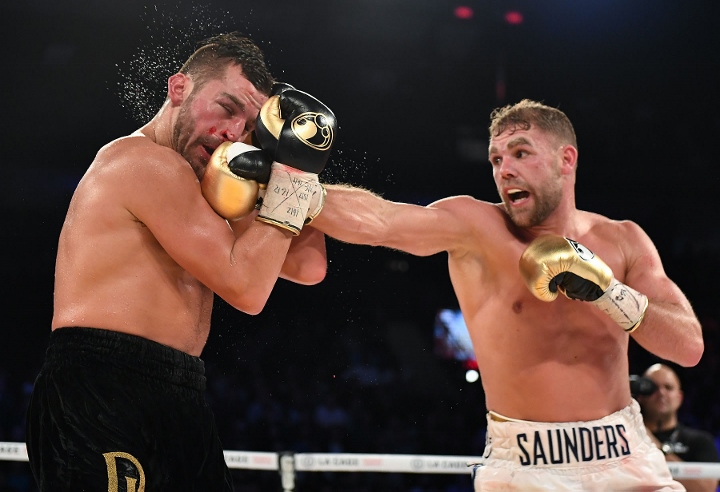 Andrade is not impressed with Saunders' win over Lemieux.

In a recent interview with BoxingScene.com, Andrade said the British champion only did what he was supposed to do with a fighter like Lemieux.

Saunders reacted back, stating that Lemieux is not even a win worth talking about.

Lemieux is actually back in action on September 15th, in a do or die fight against Spike O'Sullivan on the Canelo Alvarez-Gennady Golovkin undercard at T-Mobile Arena in Las Vegas.

Saunders' fight with Andrade is the headline bout of a tripleheader event in Boston - and promoted by Eddie Hearn's Matchroom USA.

“I am thrilled to be bringing this triple-header of World championship action to the TD Garden in Boston," Hearn said.

“We want to take major fight nights to major cities across America that haven't had the chance to witness this great sport in the flesh, that's why we're in Chicago on October 6 and then in Boston on October 20 - we're taking this great sport to great cities in great arenas like the TD Garden with the best night of boxing the city has seen.”

[QUOTE=Willy Wanker;19052113]Billy Joe is funny as hell. Lemieux was his best win though, which makes what he said even funnier.[/QUOTE] Lee & Eubank were better fighters than Lemieux, he's around the 3rd best fighter on Saunders' resume which is where…

Saunders ran from an injured "bum" for 12 rounds.

[QUOTE=Willy Wanker;19052113]Billy Joe is funny as hell. Lemieux was his best win though, which makes what he said even funnier.[/QUOTE] lol Even before the fight he was saying Lemieux is a bum and it'd be a very easy fight. He…

I’m Canadian and I’m glad we can support fighters like Bute, Lemieux, Stevenson. Still I know that we won’t build any great fighters when they can make huge bucks fighting bums at home. We’re like a small Britain. I love…