Sauerland: Never A Shadow Of A Doubt We Were Going To Finish WBSS Tournament

The cruiserweight championship and World Boxing Super Series final between Mairis Briedis and Yuniel Dorticos had to overcome more obstacles than any other fight in recent time in order to come to fruition.

A bout that was more than 15 months in the making was forced to wait out appeals, title status clarification, the ongoing coronavirus pandemic, several postponements and a location change before finally becoming official. The long-awaited clash took place this past Saturday, with Brieidis (27-0, 19KOs) turning in a career-best performance to earn a 12-round majority decision to become the World cruiserweight champion and the last of the Season Two WBSS tournament winners.

Briedis’ win came more than 10 months after Naoya Inoue outlasted Nonito Donaire to nab top honors in the bantamweight division. It also came exactly 11 months to the day of Josh Taylor’s narrow win over Regis Prograis to crown a tournament king in the junior welterweight division. 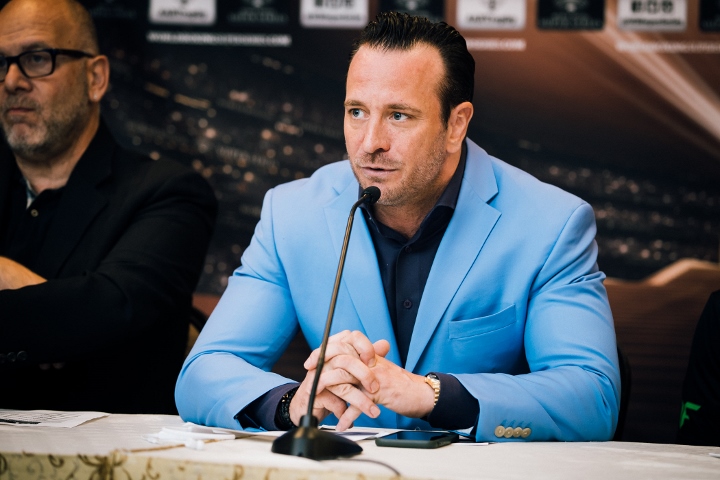 All three came with their challenges in finally taking place, though none more than the cruiserweight bracket whose semifinal round took place last June. At no point did the two finalists ever consider going in another direction, nor was any consideration ever given to canceling the tournament and waiting for a healthier climate.

“We’ve known each well and long enough to know that I never throw in the towel,” Kalle Sauerland, chief boxing officer of tournament organizer Comosa AG told BoxingScene.com. “We and the WBSS know it’s been a moving target for everyone in the sport.

“The difference with us was that we had a fight that was set. A final that was set. It wasn’t just by a contract, but by the fact that we had delivered the quarterfinals and semifinals. The difference between other fights that were set pre-pandemic and this one, is that this fight had a pre-story to it. So it was never like we could go, ‘Great fights, we made this fight, things happen and we move on.’ No, this had a big story to it.”

The first hurdle came in the moments immediately following Riga, Latvia’s Briedis’ 3rd round knockout of Poland’s Krzysztof Glowacki to claim the WBO title and become a two-time cruiserweight titlist last June. The win secured his place in the finals, joining Miami’s Dorticos (24-2, 22KOs) who advanced following a 10th round knockout of unbeaten Andrew Tabiti.

However, preceding Briedis’ win was a wild second round which saw multiple fouls and referee Robert Byrd lose control of the fight. Briedis scored three knockdowns in the fight, one of which came well after the bell to end round two. The mishandling of the fight became the subject of two protests filed by Team Glowacki, the second of which the WBO split the difference—upholding the result but ordering an immediate rematch.

Briedis remained committed to the tournament, thus vacating the title in order to proceed with his date with Dorticos in a pairing of Season one semifinalists in search of redemption. The protest, however, postponed the finals long enough to push the fight into 2020. A fight date of March 28 was finally secured in Briedis’ Riga hometown, only to get wiped out by the initial wave of the ongoing global health crisis.

Efforts to reschedule in May proved equally problematic, with event organizers finally settling on September 26 though only after relocating the fight from Latvia to a crowdless studio setting in Munich, Germany. None of it ever proved any concern to anyone involved.

“There was never a shadow of a doubt that we weren’t going to finish this tournament,” insists Sauerland. “In the name of the tournament, of the fighters who’ve fought for their place and their training all this time—there was never a doubt. The entire team did a fantastic job in the organization part of things.  I’ve been involved in over 1,000 title fight in my decades in the sport. This fight has superseded anything we have ever done.

“I’ve never seen so many different factors. Scientific advice, medical advice, political decisions. And then of course, dealing with the sport’s side of dynamics. It was an honor to get this done for the sake of moving forward with a fight between two of the most dynamic athletes in the sport.”

Now comes the fun part of moving forward with season three of the popular WBSS tournament. Weight classes are being decided, along with the best way to proceed giving the current state of the world and the ability to move forward with sporting events with and without fans.

“It’s a big difference planning for these big shows with sold-out crowds like we’ve had in the past in Riga, in Japan, Manchester, Jeddah and Moscow, and having to plan for more shows [like Saturday] without fans in attendance,” admits Sauerland. “But we will be moving forward with season three. The job for us now will be to work out the weights, how many different tournaments we do this season and… of course, having [backup] plans in place far in advance to secure these shows in case we still can't enjoy public events.”