PROMOTER Kalle Sauerland is working on a Plan A and Plan B as he looks for the second season of the World Boxing Super Series to close out in style.

Sauerland is in Germany for the cruiserweight final having had to change the location from a packed crowd in Latvia to a studio due to the global pandemic.

Now, it’s down to Yuniel Dorticos and Mairis Breidis to deliver the fireworks we have come to anticipate from the WBSS.

Sauerland is expecting them to do just that.

“You’ve got No. 1 against No. 2 at the weight class,” he said. “You’ve got two forward-thinking, aggressive guys, both technically gifted, Dorticos relies a lot on that big right hand and I think he will try to land that very early, and Breidis is a sensational counterpuncher so they’re certainly going to gel.” 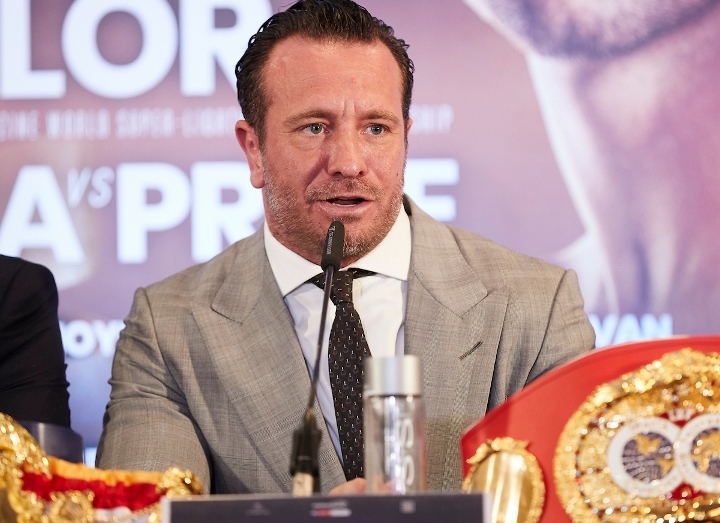 Kalle has been adapting to the new obstacles promoters are facing in the current world, including going on loop with Zoom interviews.

“It’s been a lot more work on the promotional side,” he explained. “Before, we would have sat down with the press and done one-on-ones in a different way, this week alone I’ve done over 40 Zooms so it’s like doing the press conference 40 times in what would have been done in one press day. In a way, it allows for better reporting of the event because everyone will cover it in different ways, so there are positives.”

There are, of course, also negatives. Not only is he without a sell-out crowd, he’s without any crowd at all.

“[There will be] zero externals, no media, no journalists, the closest to media is in the form of the commentary team [Chris Lloyd and Darren Barker], then there’s the ring announcer and we’ve got a lady with us who’s doing the interviews, it is what it says, behind closed doors,” he said firmly, while pointing out how they have been hit as a spectacle.

“The semi-finals and the finals, they’ve all been big, sell-out arenas whether it’s been 20,000 in Tokyo or Moscow, Jeddah was a bit less but it was still sold out, 12-13,000, then the semi-finals were big events at the Sochi Arena, the MEN [Manchester Arena], so we do rely on crowds, we want crowds, but for our model we are more flexible in that we work with a different dynamic, with a multi-fight contract over a year. It’s obviously a tournament but the contracts are perhaps more flexible and adaptable to a pandemic situation and that’s what we’re looking at for season three. The job for us now will be to work out the weights, the amount of weights and do we do them in a normal way and that’s something we, as a team, are working on and then there will be discussions with our broadcast partners. But we will definitely have a Plan B to secure the events in case there are no public events in 2021 – as far as is possible. But even if we announced the next season next week we won’t be able to start this year because you’d have to announce it, have the draw, the whole thing… The soonest you could have it would be January, so I think something to start early 2021 and then go through the calendar, but that’s something we need to look at with our partners and a firm plan will be made of how we see the world situation and the sporting and promotional side of things with our partners – and the financial side of things as well.”

One thing a tournament does offer that few can guarantee is activity, certainly for victors who progress to the next round of each event.
That might help lure fighters into the third season.

“You’re preaching to the choir,” Sauerland added. “The situation we can offer to the bigger names and the world champions is activity.”

The WBSS will be screened on Sky Sports in the UK while the Josh Taylor fight with Apinun Khongsong, the first male world title fight in the UK since the start of lockdown, goes ahead on BT Sport.

Fight fans will be hoping the bouts don’t clash.

“It would be a shame but at the same time all of our starts are a sharp 10 o’clock walkout time, UK time,” Sauerland went on. “It would be unfortunate; we’ve done that for the last three years and we haven’t tried to do anything against another network. I think it’s a great show and Taylor is a WBSS world champion but the fact we have a 10 o’clock walkout time is known to every broadcaster in the business, everyone also knows that the Champions League starts at 7.45pm on a Tuesday and a Wednesday. That’s the model, we programme with consistency and that’s why we’ve always gone for that 10 o’clock time on a Saturday night.”

It’s a potential problem fight fans didn’t think they’d have to contend just a few short weeks ago, but these shows allied to the impressive Showtime event topped by the Charlo-Derevyanchenko and Carlo-Rosario double-header, there’s a feeling that boxing is back. It might not be as we knew it or remember it but it’s back.

Multiple CW tourneys are fine and watching the top bantams and 140s fight for supremacy was glorious but the two divisions where a WBSS is badly needed, WW & LHW, will probably never happen. Not even Kalle's magic dust could…