Former Lumpinee and Rajadamnern champion Satarnmuanglek was the headliner at the Rangsit Boxing Stadium. He faced durable but limited Indonesian Melianus Mirin in a fight which went the distance, with the Thai winning a clear cut decision.

The scorecards all read 97-93 in favour of Satarnmuanglekwho improves to 4-0. Mirin drops to 9-4 but will doubtless be offered further opportunities to fight contenders in Thailand after a gutsy performance. 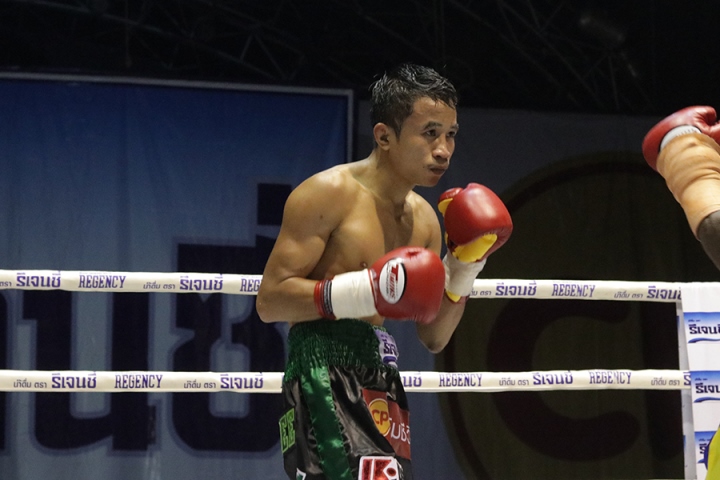 Wanchana won in more emphatic fashion and moves up to 8-0 after stopping Agut Kustiawan in the fourth round. He passed the first real test of his career with flying colouts while the Indonesian drops to 18-7-2 and remains winless on the road.

Yodmongkol Vor Saengthep (49-3) has already held an interim world title and is currently riding a 15 fight winning streak. He easily overcame the challenge of overmatched Indonesian Marten Kisamlu (3-11) whose corner mercifully decided to throw in the towel towards the end of the fourth.

Petch Sor Chitpattana (45-0) could be set to his the historic 50-0 mark without ever facing a top ranked opponent. He had another comfortable workout taking just under four rounds to completely pick apart Indonesian debutant Tran Dong Du (0-1) with his jab.