The show will go on for Brandon Adams.

A new opponent has been secured for the former middleweight title challenger, who tops the next edition of Ring City USA. Adams will now face Sanny Duversonne in a 10-round junior middleweight contest, which takes place Thursday evening live on NBC Sports Network from Wild Card Boxing Club in Hollywood, California.

Duversonne (11-2-2, 8KOs) replaces unbeaten knockout artist Serhii Bohachuk (18-0, 18KOs), who was forced to withdraw from the event due to illness as previously reported by BoxingScene.com. The revised matchup was in play since Friday, though pending approval from the California State Athletic Commission. All particulars have since been cleared according to Duversonne’s team. 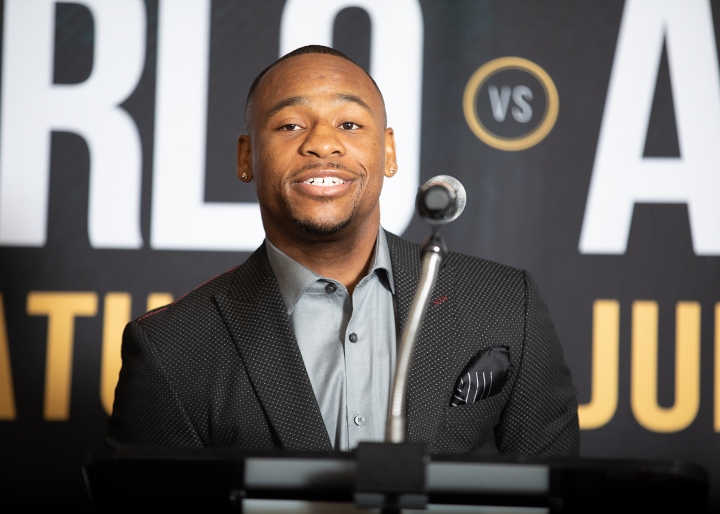 The ability to secure a new opponent so quickly helps avoid an even longer inactive stretch for Adams (21-3, 13KOs), who hasn’t fought since a 12-round loss to Jermall Charlo in a failed middleweight title bid last June. The 31-year old from the greater Los Angeles area earned the opportunity after winning the fifth and most recent season of boxing reality series ‘The Contender’.

A 10-round win over second-generation boxer Shane Mosley Jr. in November 2018 marked Adams’ 10th tournament-based bout within an 11th fight stretch before challenging Charlo last summer. Adams previously advanced to the final round of the now-defunct ESPN2 Boxcino tournament in 2014 and 2015, suffering losses on both occasions.

Duversonne suffered his lone two defeats in each of his last two starts, both coming in competitive affairs versus unbeaten competition. The Miami-born prospect—whom is now based out of Central Florida—was competitive in an eight-round defeat to former stud amateur Lorenzo ‘Truck’ Simpson this past October.

Just four weeks later, Duversonne dropped a disputed eight-round split decision to undefeated Chordale Booker. Their November 4 clash in Los Angeles saw the 30-year old come on strong in the second half of the FS1-televised contest only to come up short on two of the three scorecards. The setback came with a silver lining as it pertains to this card, as Duversonne is already licensed in California which leaves just standard pre-fight medicals and paperwork to handle, in addition to of course testing negative for COVID-19.

154 is a much better weight for Adams. He never got much above 160 during the Contender. I was surprised he went 12 rounds with Charlo at 160 without getting hurt.