One of the best fights on the boxing calendar is the World Boxing Super Series cruiserweight final between unbeaten unified belt-holders, Murat Gassiev (who has the IBF and WBA titles) and Oleksandr Usyk (the WBO and WBC champion) who are scheduled to meet on July 21st in Moscow, Russia.

For the past month or so Gassiev had been in Big Bear, California at the Summit preparing with trainer, Abel Sanchez. There was scuttlebutt that Usyk (who is Ukrainian) was balking at fighting in Russia, where Gassiev hails from.

"Everybody had been talking bout (Andrew) Tabiti and other fights besides this one,''said Sanchez on Monday afternoon."Now, from what I'm what reading this morning it's signed, it's a go .So the 21st is against Usyk, hopefully nothing happens between now and then and he doesn't get hurt again and we can give the fans the kind of fight the cruiserweight division has been looking for since the Evander Holyfield days." 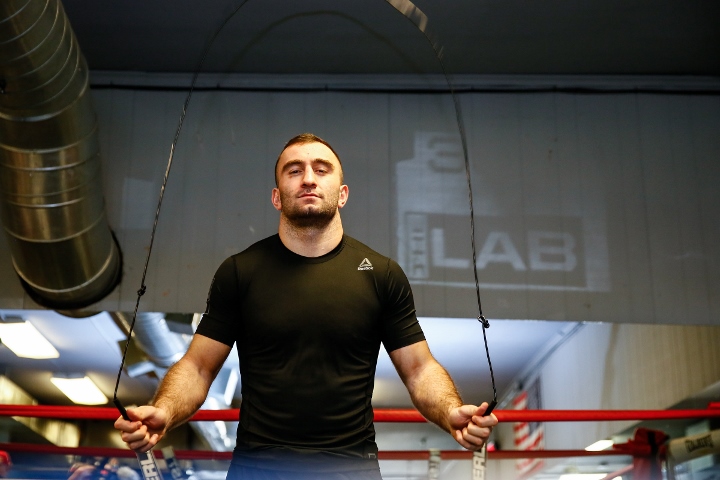 The original date for this match-up was May 12th and was Jeddah, Saudi Arabia was announced as the host city but Usyk then pulled out of that date citing a training injury.

So did Sanchez believe that Usyk for one reason or another was looking for a reason to find a way out of this fight?

"I really did,'' he admitted. "I thought we were going to end up fighting somebody else. I didn't now who, when they mentioned Tabiti I guess that's an IBF mandatory but I thought Usyk was trying to make it a political thing where he didn't want to go.

"I heard a lot of rumblings before and rumblings that people don't hear about what was going on and I thought that he was trying to find a reason not to fight him."

I hope Usyk wins it but Gassiev is my fav fighter. Hard to pick, I got Usyk by U.D, Gassiev will become Undisputed in the CW when Usyk moves up to the HW.

Gassiev is great, but Usyk's speed and mobility will make a difference. This fight will resemble, Wlad vs Fury.

What a fight this is going to be. Mr feel on points for me, but gassiev is gonna give him hell and don't be shocked if he drops him at some point.

Who's airing this fight in the US?