Sampson Lewkowicz, the longtime adviser of two division world champion Sergio Martinez, believes the boxer is taking a "dangerous risk" by returning to the ring for a planned rematch with Julio Cesar Chavez Jr. (50-3-1, 32 KOs).

Chavez Jr. has been away from the ring since May of 2017, when he suffered a one-sided twelve round decision loss to Saul "Canelo" Alvarez. 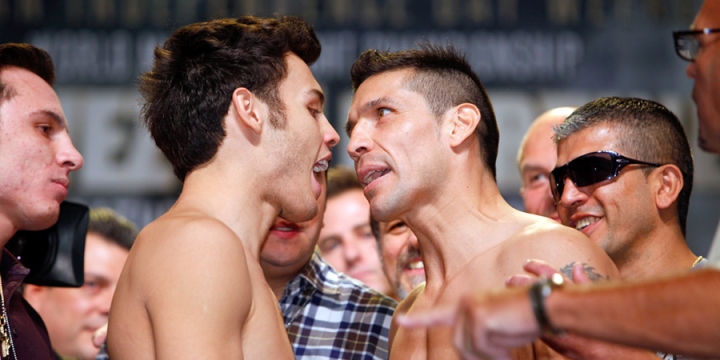 Martinez won a twelve round decision over Chavez Jr. in September of 2012 at the Thomas & Mack Center in Las Vegas.

The fight was memorable, with Martinez dominating the action for nearly eleven rounds - and then Chavez Jr. dropped Martinez and nearly finished him off in the twelfth.

Martinez retired from the sport in the aftermath of the Cotto loss. His body was falling apart, with both of his legs suffering reoccurring injuries.

Julio Cesar Chavez Sr., the father of Chavez Jr., had recently announced to reporters that his son had signed a contract to face Martinez in a rematch on November 17th in Texas - at the super middleweight limit of 168-pounds.

There is industry chatter that promoter Eddie Hearn will attempt to secure that fight for his streaming deal with DAZN.

Lewkowicz has no idea why Martinez is even considering the idea of taking such a risk - and he wants nothing to do with the contest.

"I was not involved in this deal. I want nothing to do with this. I won't be there and I will not be watching the fight. Martinez will always be my idol, but I can't support him with this. This is totally crazy. He's been out of the ring for over four years. This is not an issue of money, Martinez is still a wealthy man. I have no idea why he is doing this," Lewkowicz told BoxingScene.com.

"This is very dangerous, for him to do this. I don't believe Chavez Jr. will even make the weight. And even if he does, the next day he will be a cruiserweight at 190 or even 200-pounds. This is totally crazy. This is dangerous risk for Martinez. I have no involvement with any of this and I won't be watching this fight."

I wouldn't be surprised if Martinez does exceptionally well again Chavez Jr. I'm sure Chavez will be very heavy come fight time....but he doesn't take boxing seriously. He'll probably be outta shape....and in no condition to be in ring. While…

Quote: Originally Posted by PunchyPotorff View Post Got a bad feeling about this one. Hate for Sergio to get another major injury. He's gonna haveta 'splain to fans why the he!! he's doing this. [QUOTE=pillowfists98;19143253]He knows he still owes Junior…

[QUOTE=PunchyPotorff;19143238]Got a bad feeling about this one. Hate for Sergio to get another major injury. He's gonna haveta 'splain to fans why the he!! he's doing this.[/QUOTE] He knows he still owes Junior a rematch. I'll watch it.

Got a bad feeling about this one. Hate for Sergio to get another major injury. He's gonna haveta 'splain to fans why the he!! he's doing this.

Even Oscar the grouch would say this is a trash aśs fight, what in earth does Martinez need to still fight for? I heard he has multiple businesses and even his own boxing promotions, I wonder who will show the…