Sam Hyde will return to the ring next month.

The former WBA Inter-Continental cruiserweight title challenger was last in action in April.

Hyde stopped Jozef Jurko in London in his comeback from his first defeat in the paid ranks. 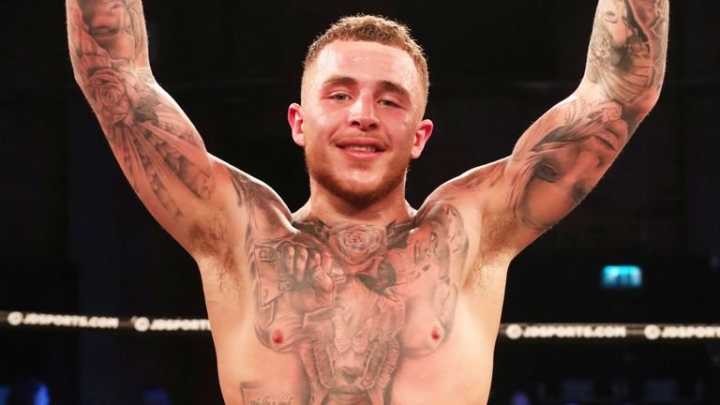 He was pulled out by his trainer, Joe Gallagher, at Manchester Arena last November when he suffered a swelling over his eye in a fight against Richard Riakporhe.

But the 25-year-old has been given a new fight date and will be back between the ropes on July 6.

‘Nowhere 2’ has been confirmed as an addition to a card promoted by Eddie Hearn and Matchroom Boxing, back at Manchester Arena.

Lawrence Okolie is already down to defend his British and Commonwealth cruiserweight title against Jack Massey on the show.

Felix Cash will face Jack Cullen in a defence of his Commonwealth middleweight title and former outright British champion Brian Rose will take on Anthony Fowler in a 10-round contest.

Kieran Farrell, the former fighter who is now a successful manager and promoter, has also managed to get two slots on the card for his fighters.

Nathan Farrell, the brother of the former undefeated Heywood man, will make his professional debut and there is action scheduled for Khaleel Majid, who is just 22 years old and currently holds a pro ledger of 3-0.