Sam Bowen Expects To Be Better After Making Jump to 135

Sam Bowen looks set to move up in weight after suffering his maiden career defeat.

The former British super-featherweight champion was dethroned before Christmas.

Bowen, who is from Ibstock in Leicester, had been on a tear and went on a seven-fight stoppage run between February 2016 and July 2017. 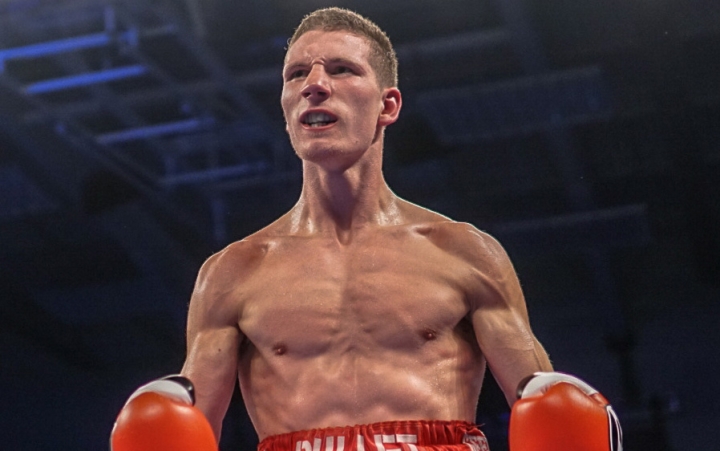 He then outpointed Juan Ocura before stopping Maxi Hughes for the vacant Lonsdale belt. His first defence came against Jordan McCorry in March –– a stoppage win at the Morningside Arena in Leicester –– but the reign came to an end on November 30 at the Arena Birmingham, as part of the supporting cast to Zolani Tete’s shock WBO world bantamweight title defeat at the hands of former IBF flyweight king Johnriel Casimero, exclusively live on BT Sport in the UK.

And it has now been revealed that ‘The Bullet’ (15-1, 11 KOs) is heading up to lightweight ahead of his return.

“I just felt really drained throughout,” admitted the 27-year-old when discussing the move up from 130lbs. “I don’t know [why] because I felt really great in the gym and had a lot more energy in sparring, where I was nothing like what I was in the fight.

“I had a bit to lose in the last few weeks before the fight and I just didn’t recover quickly enough after the weigh-in. Moving to lightweight makes sense for me because I am not going to kill myself if I am not going to perform when I fight.”

Bowen will be looking for a quick ring return and the man managed by Carl Greaves is itching to get back to it –– particularly fighting for titles –– to forget the fact that he now has a blemish on his once-flawless ledger.

“It was on my mind a lot for the first few weeks. There is nothing I can do and I’m not going to dwell on it,” he added. “When I was in bed for two weeks after I kept playing it over in my mind even though I was trying to forget it.

“I just think now that I did everything I could preparation-wise and it was purely down the weight I had to lose in the last few weeks. I am not going to do that again and box the top lads if I can’t perform.

“I don’t think I will be big for the weight but I would rather fight and be how I am in the gym than be a big super featherweight and just not perform.”