The speed and strength that Felix “El Diamante” Verdejo showed in his explosive knockout victory last week against Will Madera, seemed to please everyone who had the opportunity to observe the fight, which was held at the MGM Grand's Conference Center in Las Vegas. 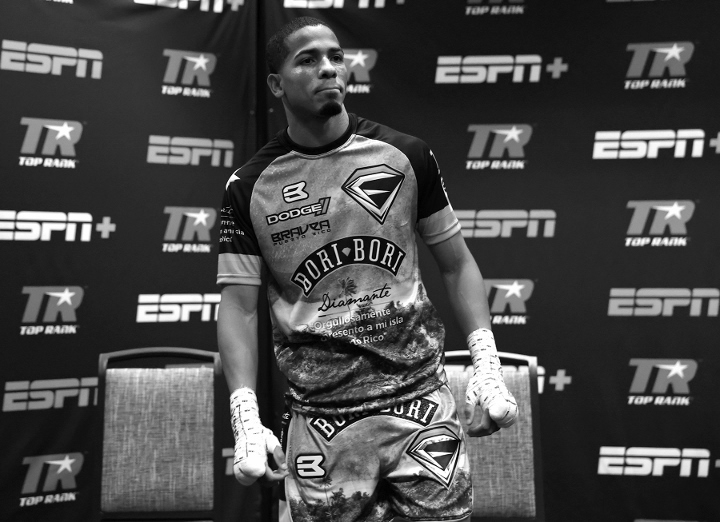 The Puerto Rican's head coach, Cuban veteran Ismael Salas, could not avoid the amazement caused by the knockout victory in the first round by Verdejo, which gave off the impression of remembering “El Diamante” in the first stage of his professional career.

“The boy that Felix fought with was an undefeated boy, and although he hadn't been seen much on television, he came with a good record. He was a man to defeat. I really liked the way we did the fight because it is part of my way of working,” Salas said to Sara Hernandez.

“The advances that Felix has made with me have been really fast. I didn't expect it to be that fast. I have had several fighters who have come to me with losses and things like that, and it has taken me a little more work to put them back on world levels... as was the case of Jorge Linares and Yordenis Ugás."

Verdejo's team announced that Salas would be the new coach in November of last year. The Cuban became the second coach of the former Olympian, after the boxer separated from Ricky Márquez.

In fact, the Cuban coach was at the forefront of Verdejo's preparation for his fight against Manuel Rey Rojas, whom he defeated by unanimous decision in January, and for the Madera fight last week.

Salas pointed out that the biggest difference between Verdejo's first camp and the latter - which was that the Puerto Rican fighter had no injuries.

“He had no problem with his hand or elbow. For me - as a coach - it is important to [train] healthy boys, free of injuries. Thank God, we brought Felix in healthy," he said.

[QUOTE=Ricardi;20671623]Now this excites coming from Salas. Progressing faster then Jorge linares? Still not going to get my Hope's up to much til he fights a Richard Comey type fighter and beats them .[/QUOTE] Dude doesn't have the mental makeup to…

Now this excites coming from Salas. Progressing faster then Jorge linares? Still not going to get my Hope's up to much til he fights a Richard Comey type fighter and beats them .